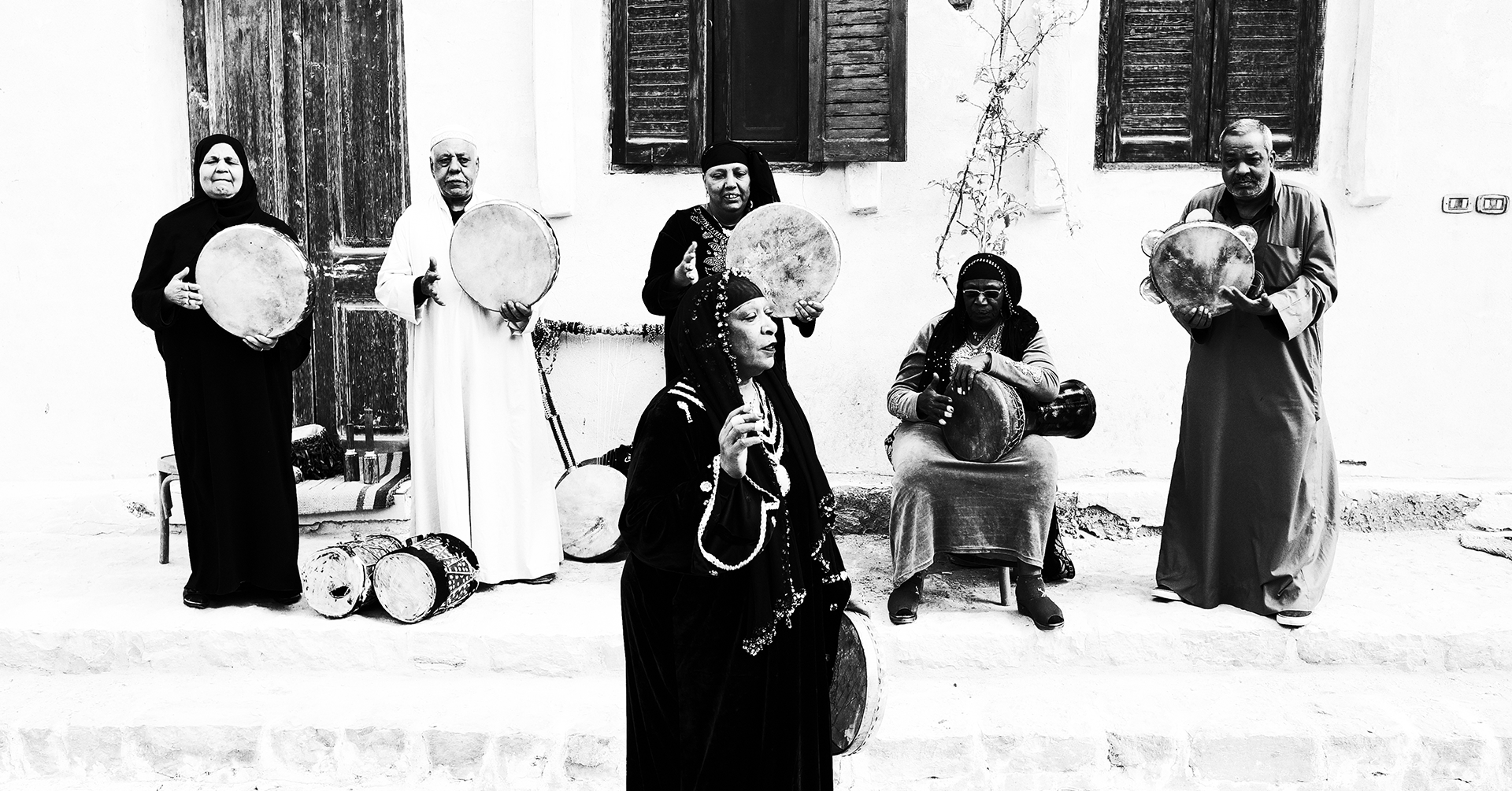 Zar music is a healing ritual aimed to calm the spirits. The varied and rhythmic drum playing can also be trance inducing.

Mazaher Ensemble is a group that practices an ancient musical tradition that has its origin in healing and exorcism. For this concert, you will be invited to a ritual inside the underground room that is our Black box. Zar music has historically also been kept away from the public eye, performed in the narrow dark alleys of Cairo, in a world where the soul, body and senses gets its very own space for healing and ecstasy.

In Zar music, women plays a leading role and the musicians in Mazaher are Um Sameh, Um Hassan and Nour El Sabah – these are among the last performers of the genre in Egypt.

Zar music is a healing ritual aimed to calm the spirits. The varied and rhythmic drum playing can also be trance inducing.

The goal with Zar is that the participants’ inner life gets harmonized. The singing, the polyrhythmic drumming and the dance is mainly performed by women.

Traditionally, the ritual takes place in a Zar circle with the audience placed at the centre. Zar music is said to have its origin in Eastern Afrika and even if the tradition mostly flourished in Egypt, the practice spans from its birth place up to the Arabian Peninsula and Persia. Today, Mazaher Ensemble has transformed the ritual to a new, performative format in which the musicians stand in half circle formation and the audience is placed in front of them.

The members of the ensemble are some of the very last musicians with knowledge of this ritual left in the world. This is not to miss.