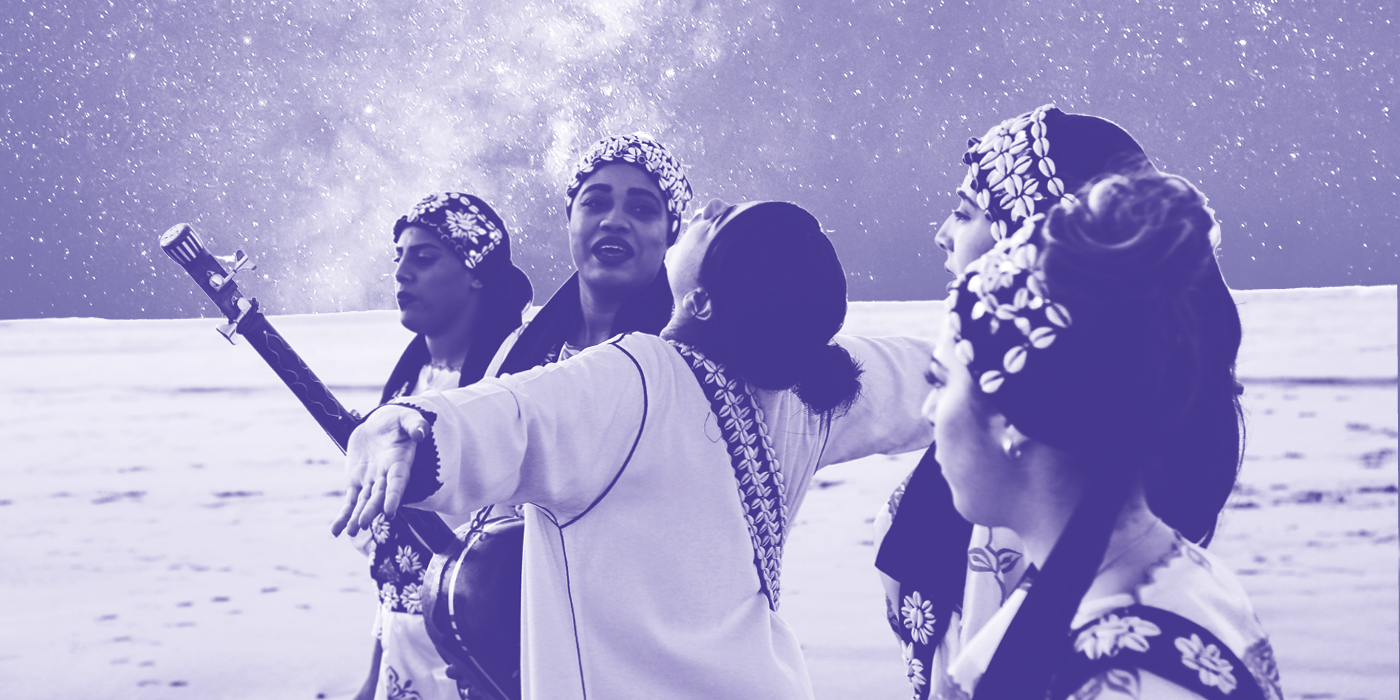 The first and only female Gnawa band in the world

“Istinzal” means “trans” in Arabic. A state that is aroused by music, song, and rhythms. That is the name of this spiritual concert series

International Women’s Day is a day that Shako Mako chooses to highlight and pay tribute to contemporary heroins in the arts and culture of the Middle East and North Africa, and no one is better suited than the first and only female Gnawa band in the world.

Asmâa Hamzaoui and Bnat Timbouktou (Timbuktus daughters) represent a new generation of young women in Gnaoua music who break the traditionally patriarchal genre.
Asmâa Hamzaoui adopted the musical tradition of Gnaoua from a young age, through his father, the famous musician Rachid Hamzaoui, who taught her to play guembri (three string lute) at an early age and later followed him at his concerts.

Asmâa formed Bnat Timbouktou2012 and was gradually accepted by the audience. Their big breakthrough invitation to the Gnaoua Festival in Essaouira 2017 put Asmâa and her daughters on the world map.

Their taboo-breaking performance, and collaboration with Fatoumata Diawara, resulted in invitations to major festivals in Europe and the United States, even without a record or EP under their name.

Asmâa still faces resistance from some Gnaoua traditional men, but she says, “They can talk, but here I am and work and they just talk.”