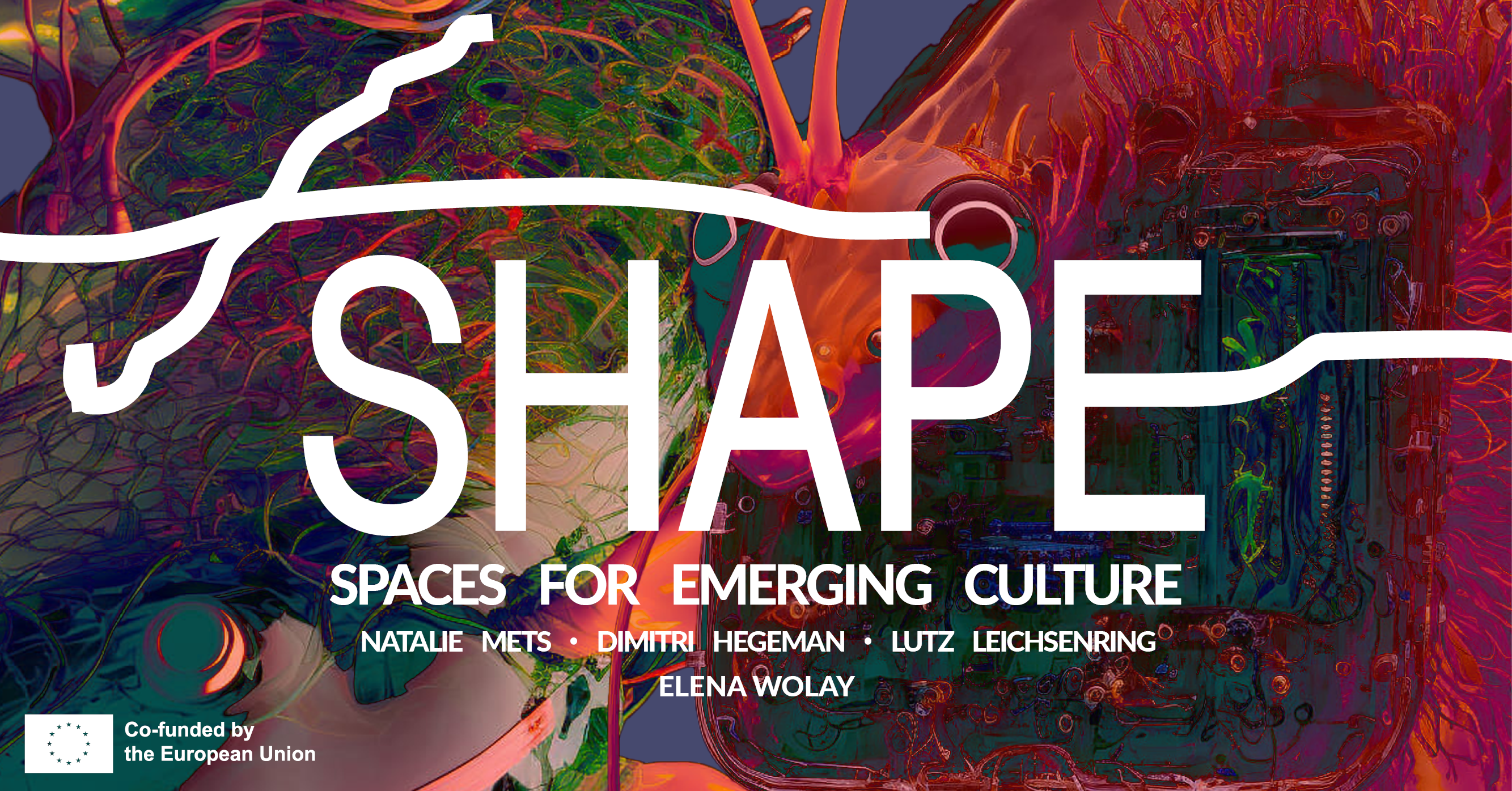 A panel talk with with Natalie Mets, Dimitri Hegeman, Lutz Leichsenring and Elena Wolay about possibilities and strategies for young, unestablished cultural initiatives

The methods of solving the problem with physical spaces for emerging culture vary widely between European countries. Sweden, being viewed as a culturally progressive country, has on one hand a solid funding system for established arts, but might be inhibited by things such as legislation and trust for unestablished, spontaneous or experimental culture.

What happens with cultural tendencies that fall outside of the existing frameworks for funding? Do initiatives that fall within the application criteria risk losing its initial spontaneity and experimental attire? Do they risk becoming involuntarily professionalised? These problems and more will be addressed, contested and debated by various interdisciplinary experts during a panel talk presented by Shape Platform.

The current night mayor of Tallinn, Natalie Mets, for over ten years, has been involved in projects of various scope and nature, operating in areas such as culture, nightlife, technology and education.  She gained significant experience working in New York for a music agency in Brooklyn and at several music festivals. She is also one of the founders of the local community radio station IDA Radio.

Lutz Leichsenring has been an entrepreneur, advocate and consultant in nightlife since 1999 and he is one of the world’s leading advocates on protecting nighttime economies. Lutz is co-founder of purpose driven consultancy agency VibeLab which is advising and researching nightlife and is the spokesperson and executive board member for the Berlin ClubCommission and Board Member of the city’s Musicboard and Chamber of Commerce. During the Covid-19 crisis, Lutz initiated several actions to create awareness about club culture affected by the epidemic, including “United We Stream”, a global music streaming platform, a donation campaign and nighttime.org to support nighttime governance.

Dimitri Hegemann, creative artist who often describes himself as a “space explorer” because in recent years he’s devoted himself to transforming forgotten industrial spaces into vivid cultural centres. The connection between a lively night culture and urban development is one of the most important topics in his long-term research. Additionally, he is also known for the non-conformist Atonal Festival, the development of the Tresor Club, which brought together young people from West and East Berlin and for co-founding “Happy Locals” a group of Berlin based organisations, that help make alternative projects happen.

Music journalist, lecturer, booking agent and curator of concerts and exhibitions; Elena Wolay keeps busy in the music sphere. She has run  the platform Jazz Är Farligt since 2011, and has been described as one of the most driving forces for Sweden’s alternative music scene. Wolay has been a member of the Nordic Council Music Prize Evaluation Committee, Swedish Arts Council’s phonogram support working group, a Swedish Arts Council expert in preparing grants for music organizers, and an advisor to Stockholm City’s Culture Department. Currently she combines working for Malmö City Council, where she is responsible for grants and other development support to the local music and literature scene, with her role as music curator for Uppsala Art Museum. Recent curatorial projects include Sun Ra at Mellanrummet, Malmö Konsthall (2021), Åke Hodell, Malmö Konsthall (2022), and Åke Hodell “220 Volt Buddha” Kalmars konstmuseum *2022).