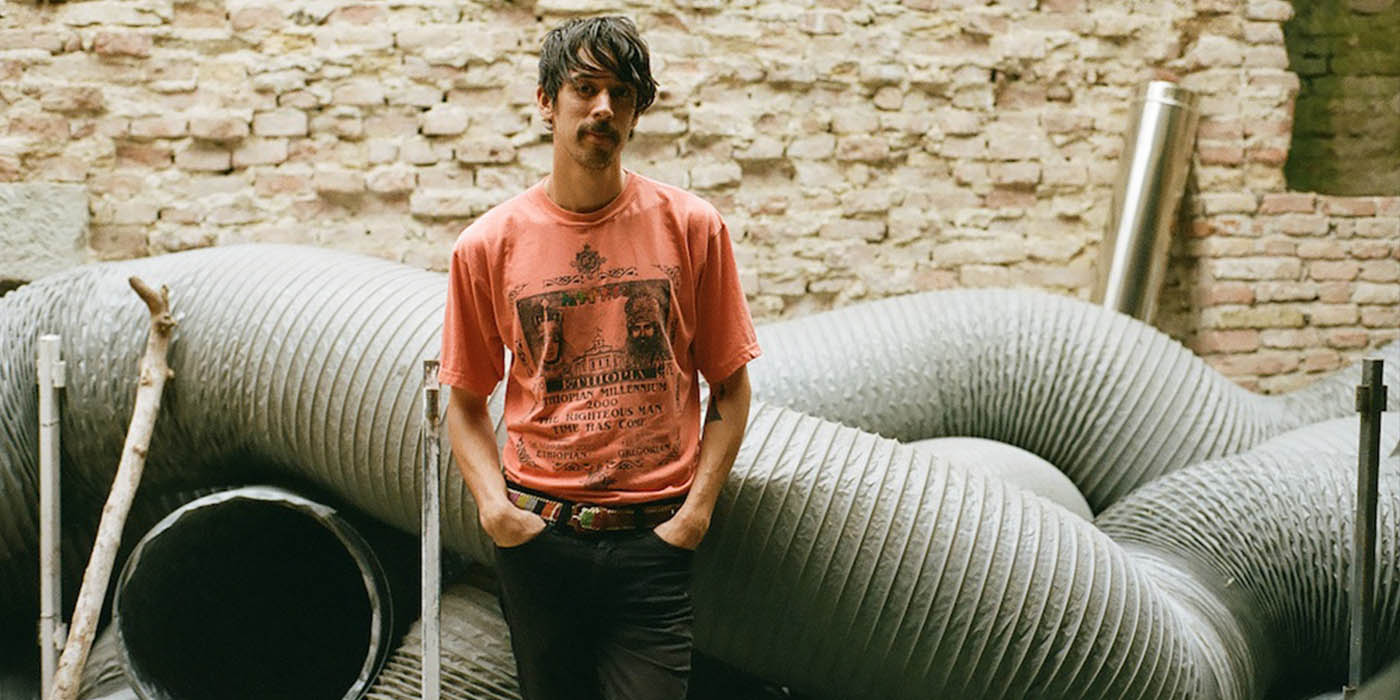 Psychedelic improvisations, blunted dub and experimental rock. Sun Araw has his roots firmly grounded in the ever changing clouds above.

Cameron Stallones aka Sun Araw is always moving completely unrestrained through vast fields of musical genres and styles. Heaps of funk, dub and improvisations are always accompanying Sun Araw on his journeys, though. Through the years, he has collaborated with such diverse artists as Pocahaunted, Eternal Tapestry, M. Geddes Gengras and the legendary The Congos. The current live set up is consisting of Stallones himself and percussionist Jon Leland, but often makes room for different guest artists.

Sun Araw released his eighth studio album earlier this year titled “The Saddle Of The Increate”, where hallucinatory Western music meets intergalactic funk. Expect both classic slide guitars and looped out electronic rhythms. Sun Araw is honestly all you need to escape this dull planet for an evening.

Support
Börringe Kloster also figures under the name Golden Prinz and is constituted by two of the characters running the Fasaan label. Börringe Kloster deals with music with different messages, itching somewhere in between genres such as dub, minimal synth and ambient.