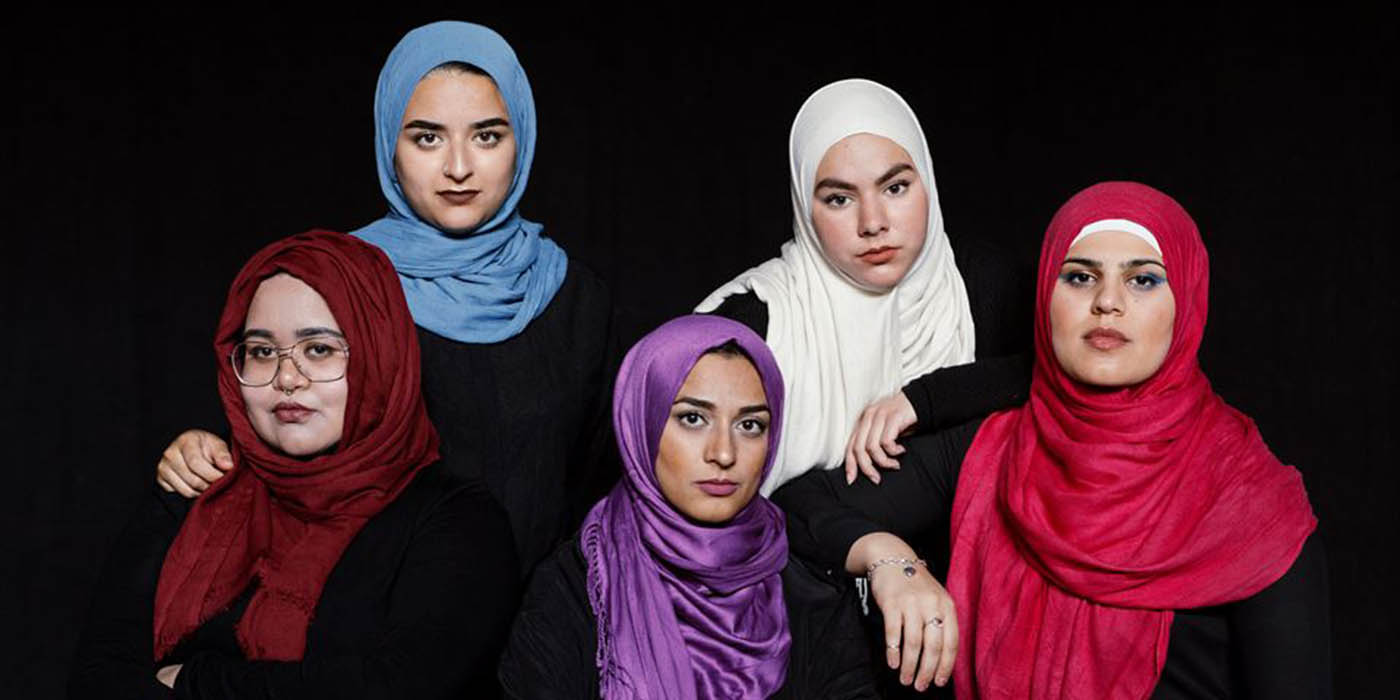 In the debate the hijab is often connected to racist stereotypes where muslim women are portrayed as passive victims. With the performance ”Svenska hijabis” Amercia Vera-Zavala and the performers wants to challenge that sterotype.

– As a hijabi we rarely get to take up space and make our voices heard. Instead people talk about us and for us. This creates a lack of representation of an important group of women in Sweden. I wanted to be part of this play because I want to tell my story about my life as a hijabi, and not have someone else do it for me, says Shama Vafaipour.

”Svenska hijabis” belongs to the genre Community Theatre, a form of theatre based on people’s personal stories. Just as in a traditional play the performance has a dramaturgy and a clear direction, but here the audience gets to meet the real people behind the stories.

America Vera-Zavala makes her debut as a director with Svenska hijabis. America is a playwright, activist, writer, author and politician. She has been active in Ung Vänster (the Young Left), Vänsterpartiet (the Left Party) and has also worked in the EU parliament in Brussels. America was also one of the people to start the Attac movement in Sweden. In 2001 she published her first book, Global Rättvisa är Möjlig, and later Deltagande demokrati. In 2006 she was invited by Lars Norén to write a play, which was the start of her life as a playwright.

Svenska hijabis is a guest performance by Community Teater & Dans and is supported by Postkodlotteriets Kulturstiftelse. The performance had its premiere at The Royal Swedish Dramatic Theatre and will be touring different cities around Sweden.

The performance is in Swedish
Duration: 75 mins