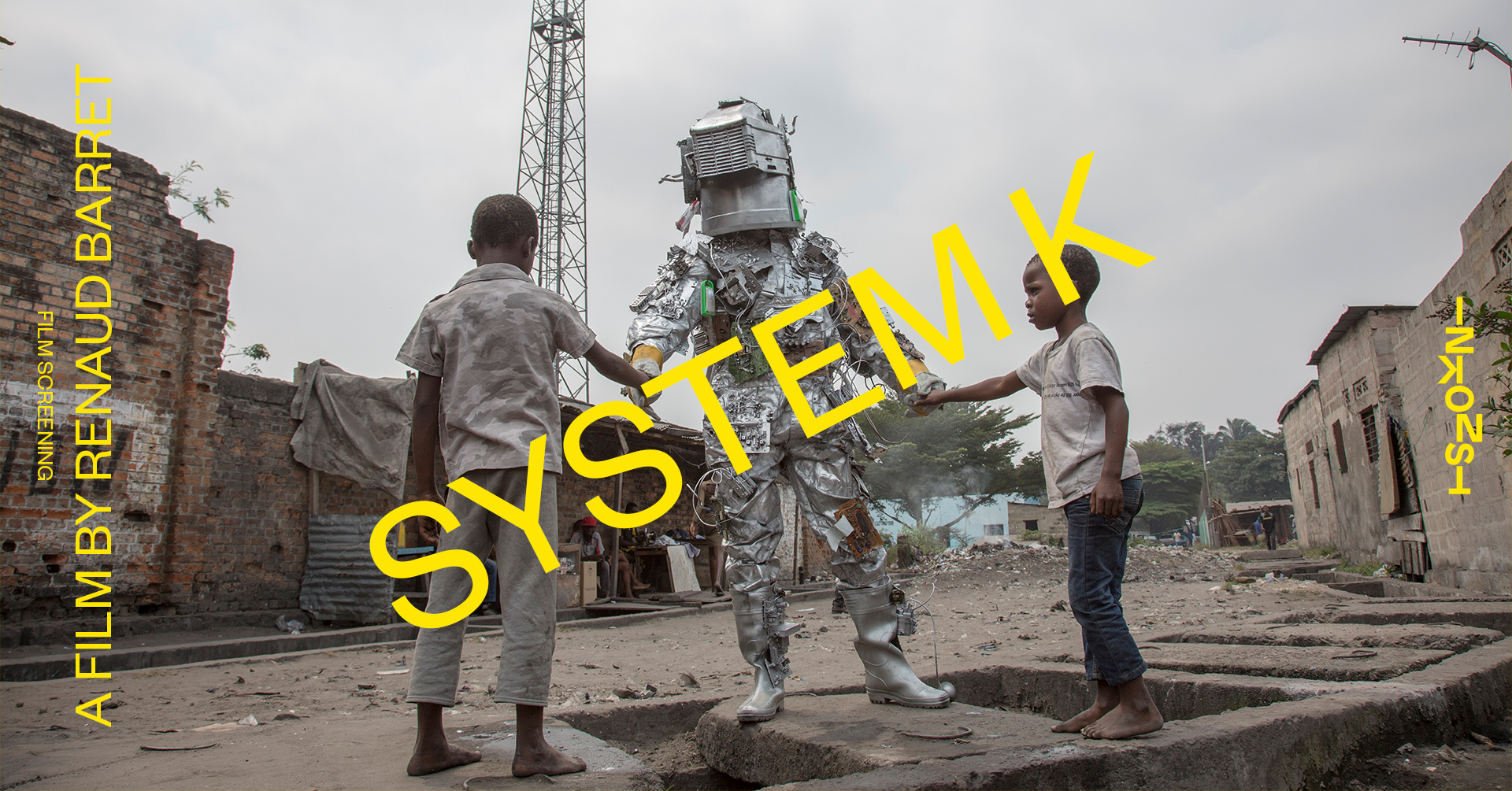 SYSTEM K reveals a vibrant, raw, politically astute world of performance art in Kinshasa, the likes of which exist nowhere else on earth.

Come join us for a film screening and also the finissage for Kris Pannecouckes photo exhibition “Performers of Kinshasa” on the same night. Hang around for Inkonstbaren with DJ until 02.

Kinshasa, Democratic Republic of Congo, 2017. In the urban jungle counting over 13 million inhabitants, amid social and political chaos, an eclectic and bubbling street art scene is emerging. Underground visual artists, musicians and performers create out of nothing, using recycled objects and their own bodies to express their anger, but also their dreams for change. Despite the constant harassment of the authorities, the strong taboos of a traditional society and the personal struggles of the artists, the movement can no longer be stopped.

Renaud Barret is a french photographer, graphic designer and filmmaker. Renaud fell in love with African capital’s urban cultures early on and he met Kinshasa in 2003 and never really left again. There he auto produced and directed several documentaries. In his films, Renaud always focuses on outsider characters, those who supposedly already lost but by not giving up find themselves making their dreams come true. In addition to his film activity, Renaud produces Congolese musicians through “La Belle Kinoise Prod”, his agency in Kinshasa.