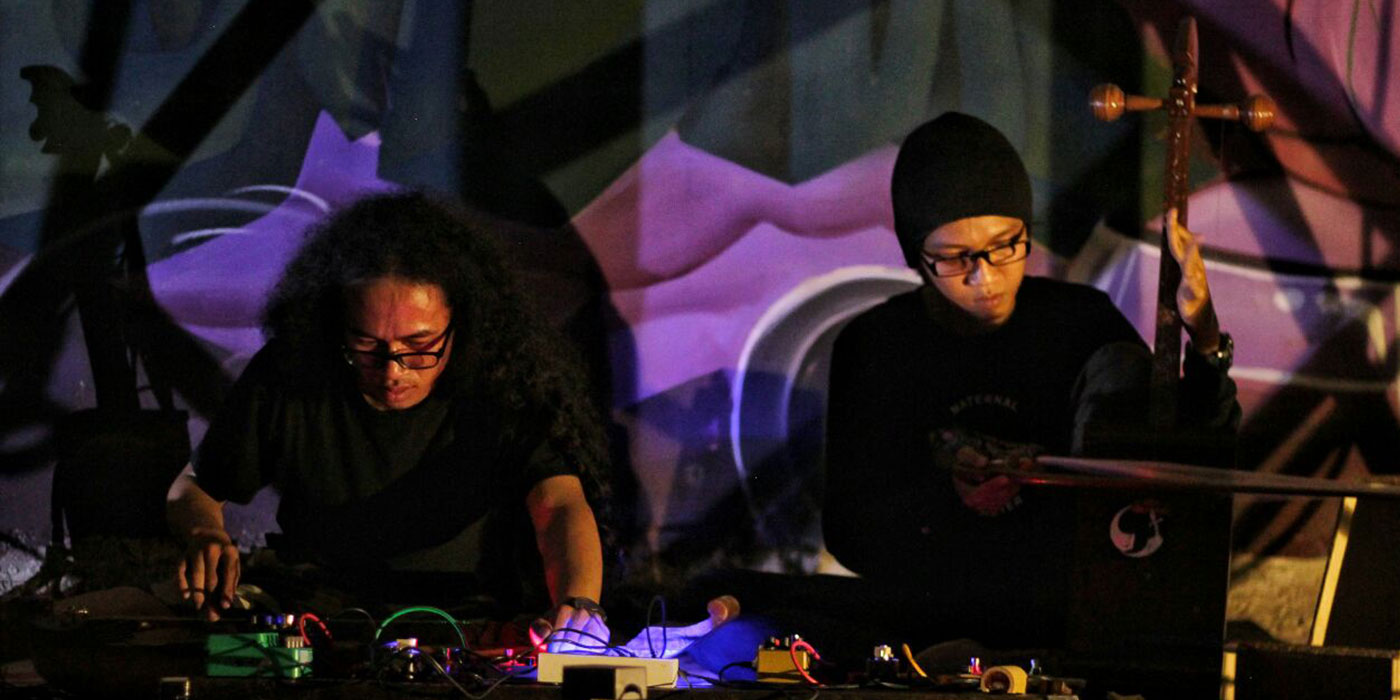 Tarawangsawelas are a musical duo from Bandung (Teguh Permana & Wisnu Ridwana) mainly performing a contemporary version of Tarawangsa, the sacred music from Sundanese West Java. Tarawangsa is played on two string instruments: a rababa‑like two‑stringed bowed instrument itself called Tarawangsa, and the Jentreng, a seven‑stringed kecapi‑like instrument. Typically from Rancakalong village in Sumedang, West Java, Tarawangsa is played as part of a ritual consisting of almost eight hours of music and dance, complete with offerings and prayers. During a performance, a selection from the forty two known Tarawangsa pieces slowly build up from a cosmic slow groove to more repetitive and hypnotic rhythms, inevitably bringing the listener and dancer to a trance state.

At Inkonst the perform together with Rabih Beaini who also mixed and released their album Wanci on Mophine Records.