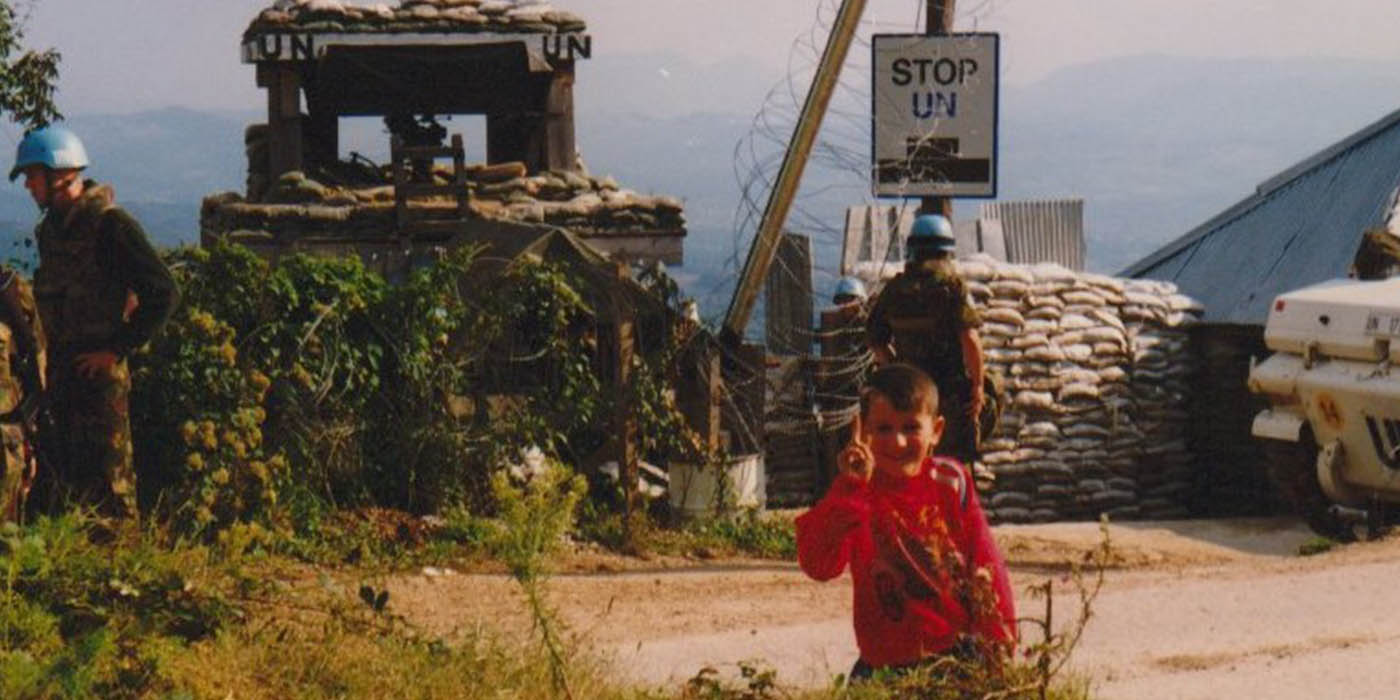 An intense story about the meeting between an artist and a former soldier. A conversation about the shared past that still keeps them up at night, and the possibility of atonement after a disaster.

During the Bosnian war of the 1990s, Dutchbat III was a Dutch battalion under the command of the United Nations. Its task was to protect the Muslim enclave Srebrenica, which had been designated a safe zone by the UN. On July 11 1995, Bosnian Serb forces under General Mladić took the town. The population sought refuge en masse in the secure area protected by Dutchbat III. Under the pretext of evacuating the population, women and children were sent away on buses. Mladić assured Dutchbat III that the remaining men and boys would be safe, and would soon follow. So Dutchbat III left the enclave.

During the next few days, more than 8,000 Bosnian Muslim men and boys were killed by Bosnian Serb forces.

The International Criminal Tribunal in The Hague declared the events an act of genocide in 2004; Kofi Annan called this the worst crime committed on European soil since the end of World War II.

Director Tea Tupajić, born and raised in Bosnia, takes on the task of opening up this dark chapter in contemporary history. By meeting and talking to some of the Dutch soldiers who were there she has created this lecture performance about understanding. Firm in her belief that art can offer a space for answers that no juridical process could ever give, she now shares her experiences of these intimate conversations. It’s a meeting between artist and soldier, between the now and horrific past. It’s the beginning of a conclusion of the events on that warm summer of 1995.

Tea Tupajić (HR) is a director and artist born and raised in Sarajevo. With performances like The Disco, The Curator’s Piece and La maladie de la mort she has had great international success and has presented her work at places lie BIT Teatergarasjen (Bergen), PS 122 (New York), ZKM (Zagreb) and Frascati (Amsterdam).