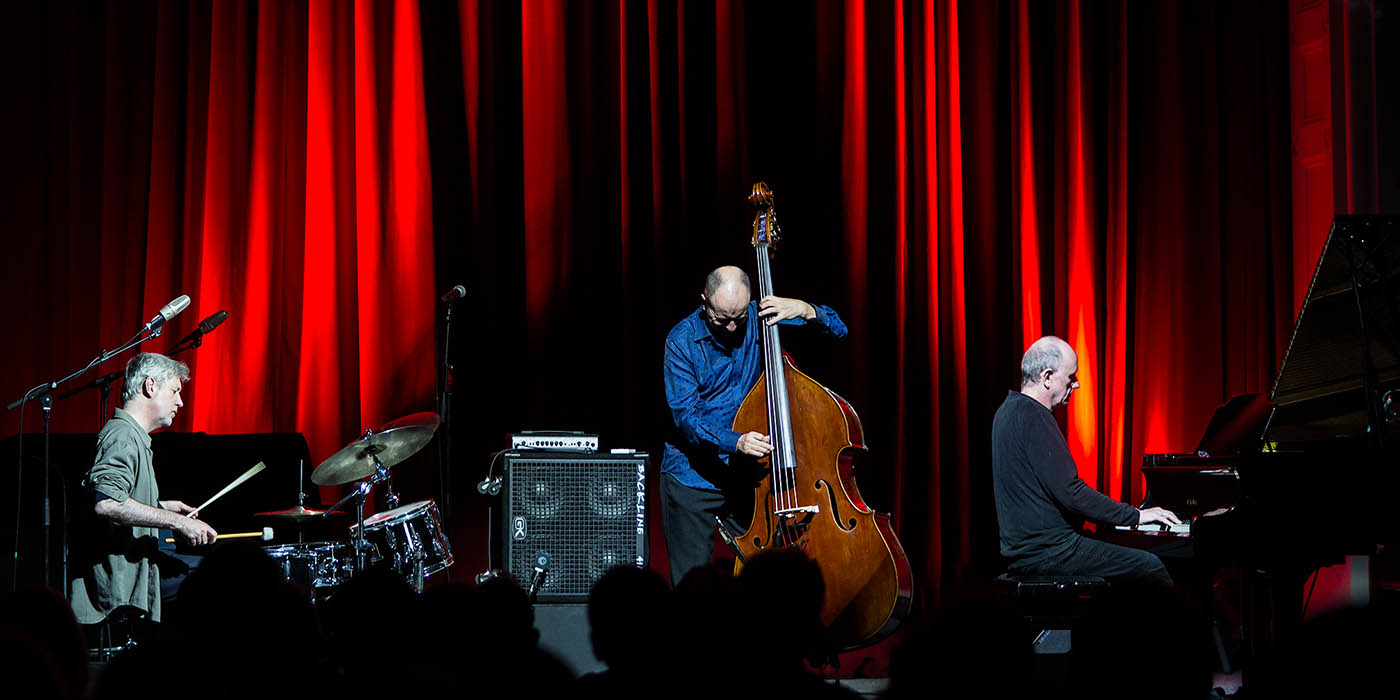 One of the most extraordinary groups on the planet

Celebrating 30 years of improvising a new piece of music every time they step on stage. Every Necks’ performance is a singular event, entirely improvised and working with the acoustics of the room.

Forming in Sydney Australia in 1986, over the last 30 years The Necks have built an international reputation as masters of their own musical language of long-form improvisation. Each night they step onto the stage with no pre-conceived ideas of what they will play – they and the audience will go on a sonic journey that is created in the moment and in that room. Over their years together, they honed an assured process of building around repeated motifs through subtle shifts and layering, to produce an extraordinarily dense and hypnotic effect which builds in a mesmerising, epic fashion …. a trio conjuring an orchestral expanse.

2017 has been another stellar year for The Necks: in January they supported Nick Cave and the Bad Seeds on their Australian tour, in February they released their 19th album Unfold, on Stephen O’Malley’s Ideologic Organ via Editions Mego, toured the US, and Australia again in June, and played 3 tours in Europe. They have been touring Europe for over 20 years, with additional occasional special projects and collaborations with Brian Eno, Swans, Ilan Volkov, Evan Parker, Karl Hyde, Leo Abrahams, amongst others.

Every Necks’ performance is a singular event, entirely improvised and working with the acoustics of the room.

“One of the most extraordinary groups on the planet… a sonic experience that has few parallels or rivals.” The Guardian