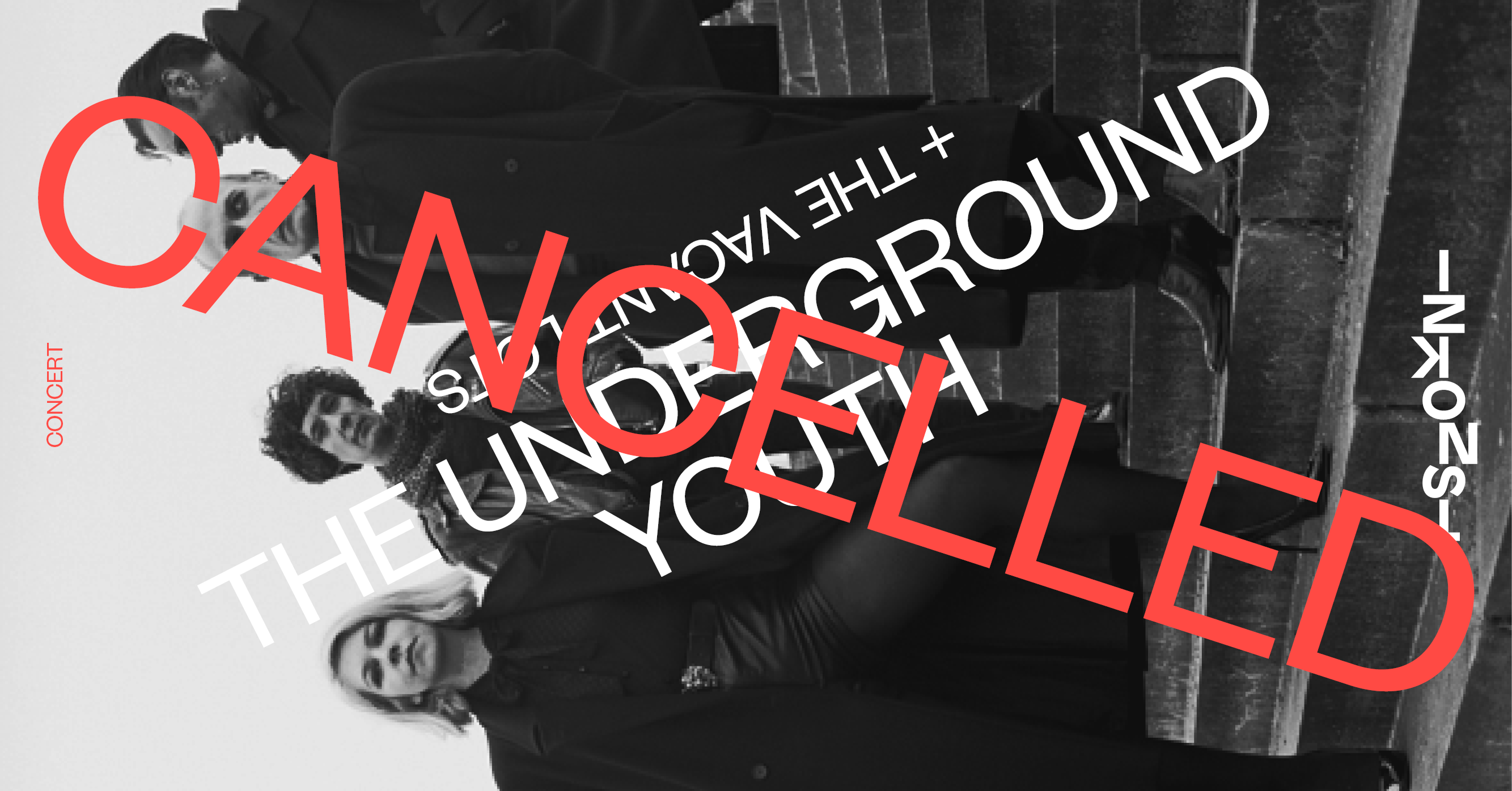 
The Underground Youth was started in 2008 as the creative project of Craig Dyer. Since then the band have released 10 albums and 3 EPs, slowly developing their unique sound, ranging from cinematic landscapes through to a raw and blistering style of post-punk. Over their decade long existence, The Underground Youth have developed a loyal global following and a cult fanbase, built by their extensive touring schedule through Europe, Asia and the USA. Signed to independent record label Fuzz Club since 2012, The Underground Youth currently consists of Craig (Vocals/Guitar), Olya Dyer (Drums), Max James (Bass) and Leonard Kaage (Guitar/Producer). The band relocated from Manchester to Berlin in 2016.

The key element of The Vacant Lots’ minimalist, primitive rock’n’roll songs is their boundless energy, which tears up the psychedelic rock template w/ a genuine post-punk spirit.