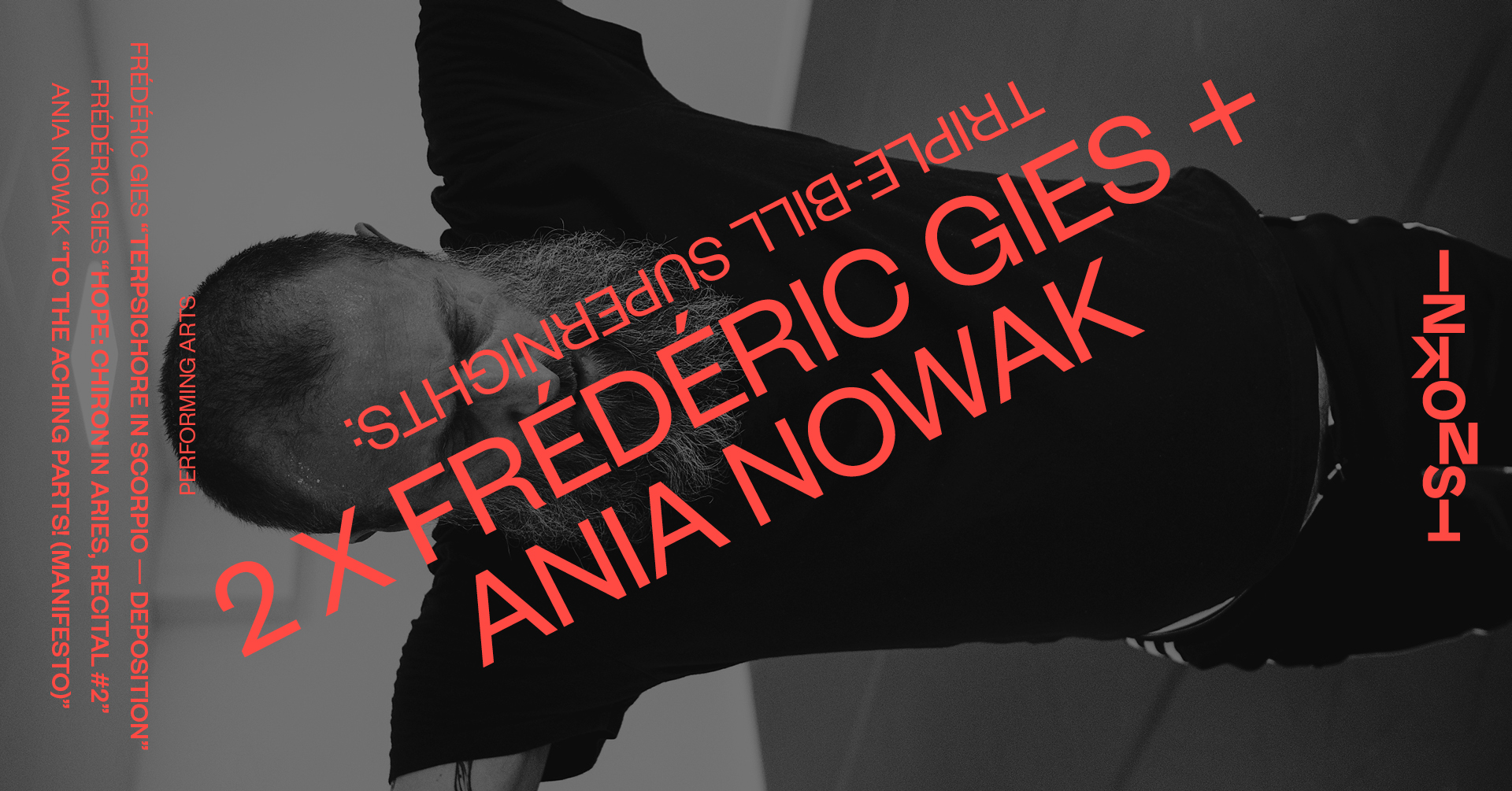 One ticket to a performing arts triple-bill supernight! Two worldpremiers by Frédéric Gies played to the tones of a live DJ set by Fiedel and an intermission act by Berlin based Ania Nowak.

Frédéric Gies is a dancer and choreographer based in Malmö. Approaching forms as possibilities rather than constraints, their dances weld forms seemingly foreign to each other (from ballet to club dances) and bring to the forefront the capacity of dance to speak without demonstrating anything. Their work is also tightly connected to techno.

Ania Nowak is a choreographer living and working in Berlin. She works with video performance, performative exhibition and text on themes of the political dimension of the body.

“I want to bring to the surface all the traces that these dancers I encountered and the dances I have danced or seen have left in my body. I want to offer my body as a living, somatic archive of 30 years of dance – 30 years of dance that occurred not only on stage or in the studio, but also on the dance floors where I danced for countless hours.”

In this dance piece Frédéric Gies celebrate their 30th anniversary of dance by using the sediment left by movements they have danced or seen. The preserved or decomposing dance material contained in their body becomes the fertile soil for new dances.

A public speech that dissects the language used by and against queer communities today.  Devoid of grammar, the text is subjected to the order and pleasure of rhythm.

Created in the frame of Manifestos for Queer Futures, the performance relies on historic references to militancy by minorities to address the dangers of normativity and the need for embodied intersectionality when forming queer alliances today.

By enjoying the liberty of playing around with the language of resentment and trauma as well as empathy and healing, it proposes to destabilise identities, practices and well known acronyms like LGB or FtM for the sake of a queer future we have yet to envisage.

Hope is the second piece in Frédéric Gies’ Chiron in Aries-cycle. After the sacrificial and wounded dances of struggle and resistance in last year’s Warriors, Hope is an attempt to conjure up a new world from the ashes of a past one. To a live set by Fiedel, five dancers engage in ritualistic, made up folk-dances that act as a spell for bringing hope after a disaster. They emphasize the strength of the collective, especially when the collective is not at the expense of individualities.

In Greek mythology, Chiron was a Centaur raised by Apollo who initiated him to the arts of healing, music and prophecy, which made him different from the other violent and unruly Centaurs. When he was hit by a poisoned arrow he was left with a wound that never healed.