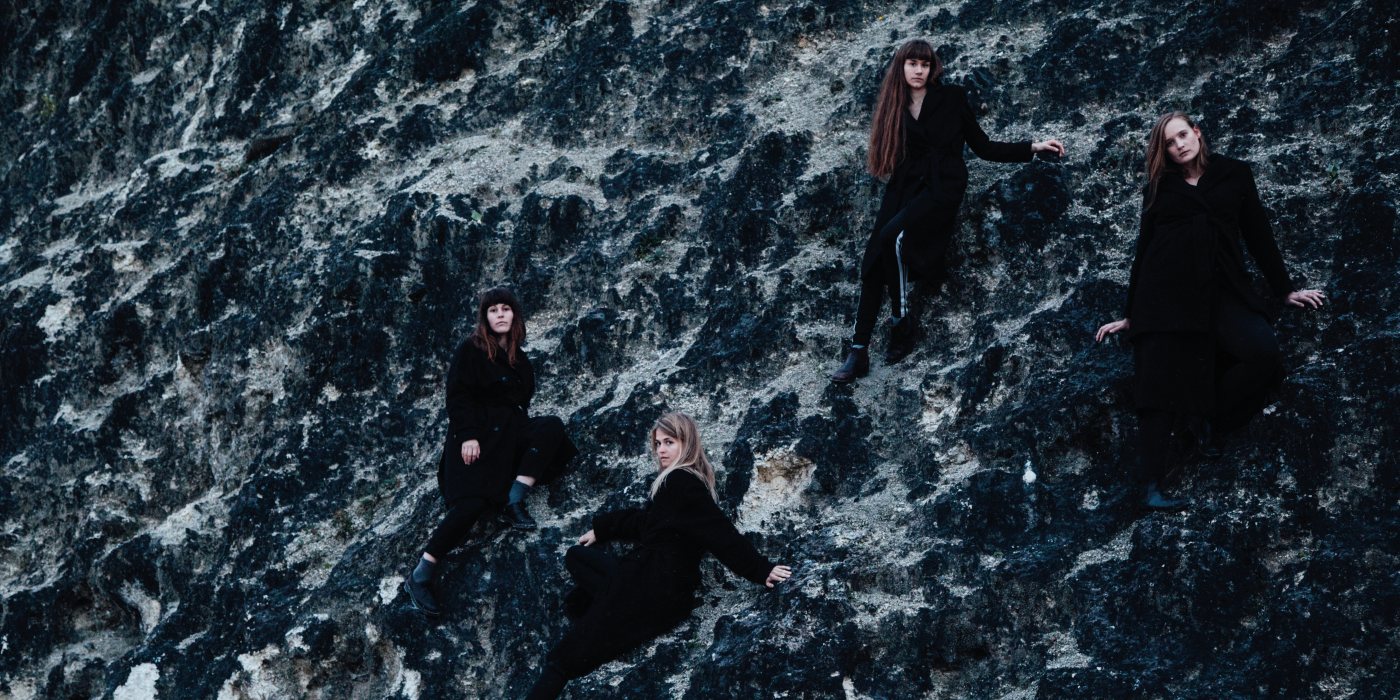 A dynamic and intuitional sound beyond the grid of genres.

We like We is an experimental performance and sound collective based in Copenhagen, Denmark.

Expanding their inspiration and influence from their classical roots to the world of electronic music, We like We has a dynamic and intuitional sound beyond the grid of genres. The quartet consists of Katrine Grarup Elbo (violin), Josefine Opsahl (cello), Sara Nigard Rosendal (percussion) and Katinka Fogh Vindelev (voice).

All four of them are classically trained and share a desire for constantly expanding their expression and methods, taking on a variety of projects such as albums, installations, film scoring and site specific performances. Their debut album a new Age of Sensibility was released in 2014 on the Danish label The Being Music followed by Next to the entire All, released in 2017 on the German label Sonic Pieces.

During fall 2017 We like We were artists in residence at Festival Musica Estranha in São Paulo Brazil, playing concerts and composing a collaborative piece with Brazilian choir Mawaca, specialized in indigenous music from all over the world.

The 12 hour multi channel concert installation Time is Local, which they composed with the renowned Danish sound artist Jacob Kirkegaard, was premiered in November 2017 at Thorvaldsens Museum in Copenhagen, and contained a unique combination of sonic evocations from the chambers of the museum and the acoustic sound of We like We.

During 2018/19 We like We are composing the music for a new opera produced by Nordic Opera, in Denmark, set to premiere in Copenhagen late Summer 2019.