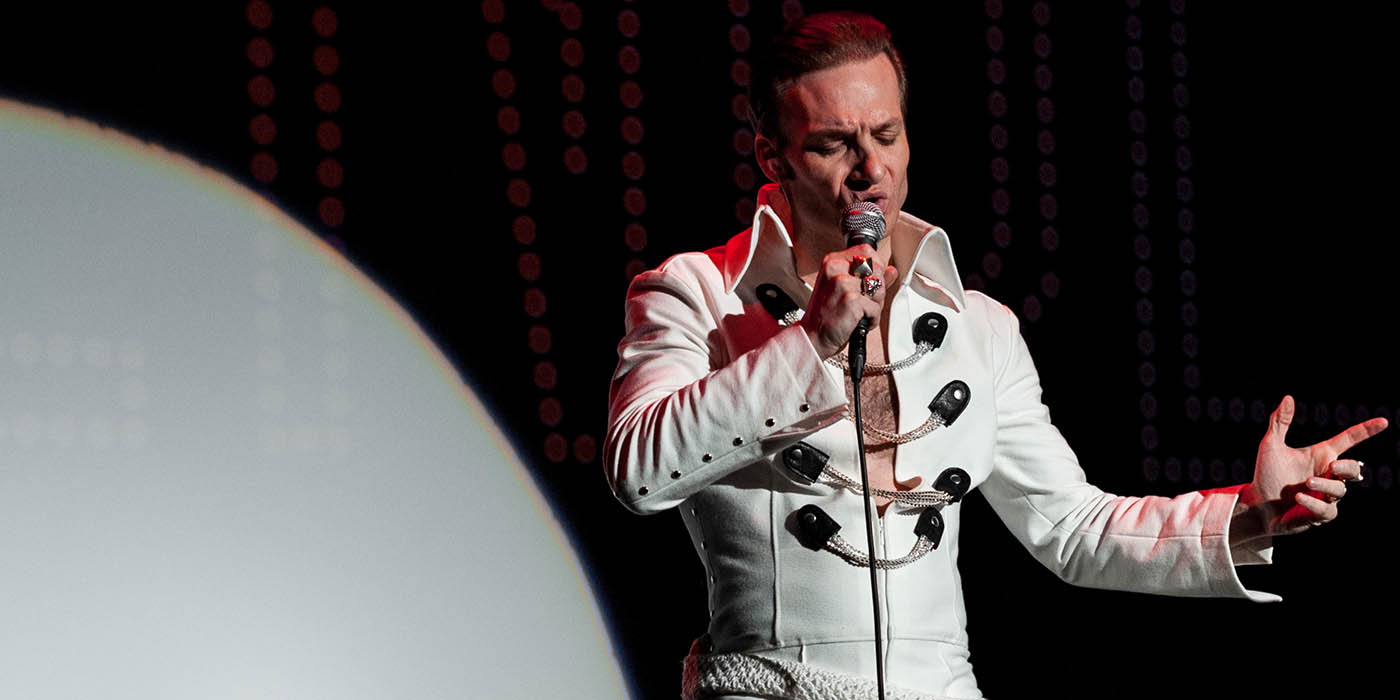 An amazing story about gullible fans, idols and imitations

The following has happened: A man claiming to be the famous american artist Zachary Oberzan walks into the art center deSingel in Antwerp and is immediately offered to create a performance for them. But the man is revealed to be a fraud, is arrested and put on trial. Filmmaker Abbas Kiarostami reads a paragraph in the paper about this, is inspired and decides to meet the fraud and film the trial.

Elvis Presley enters the stage and the show begins.

The Great Pretender is an amazing story where reality and fiction are weaved together in layers upon layers, creating an entertaining fabric of stories about stalkers, gullible fans, idols and imitations. On stage Oberzan, dressed as Elvis Presley, uncovers the layers of the story all while the plot thickens. Who is really who, what actually happened and why doesn’t anybody want to be themself?

Oberzan prefers to play all the parts himself in his works, that is a mix of film, music, theatre, karaoke and variety show. Author Griet Op de Beeck wrote that he “makes theatre transcend itself, and turns it into an encounter, something many try, but only very few achieve”.


Zachary Oberzan is a filmmaker, theater director, actor, and singer/songwriter based in New York City. Known for his critically acclaimed and experimental solo works such as Rambo Solo, Your brother. Remember? and Tell Me Love is Real, several of which has been shown at Inkonst. He is also one of the original members of the theater company Nature Theater of Oklahoma. His feature film Flooding with Love for The Kid (an adaptation of the novel First Blood, which introduced the world to the character of Rambo) is a one-man cinematic war shot and edited in its entirety by Zachary (portraying all 26 roles) in his 220 square foot apartment in Manhattan, made for $96.