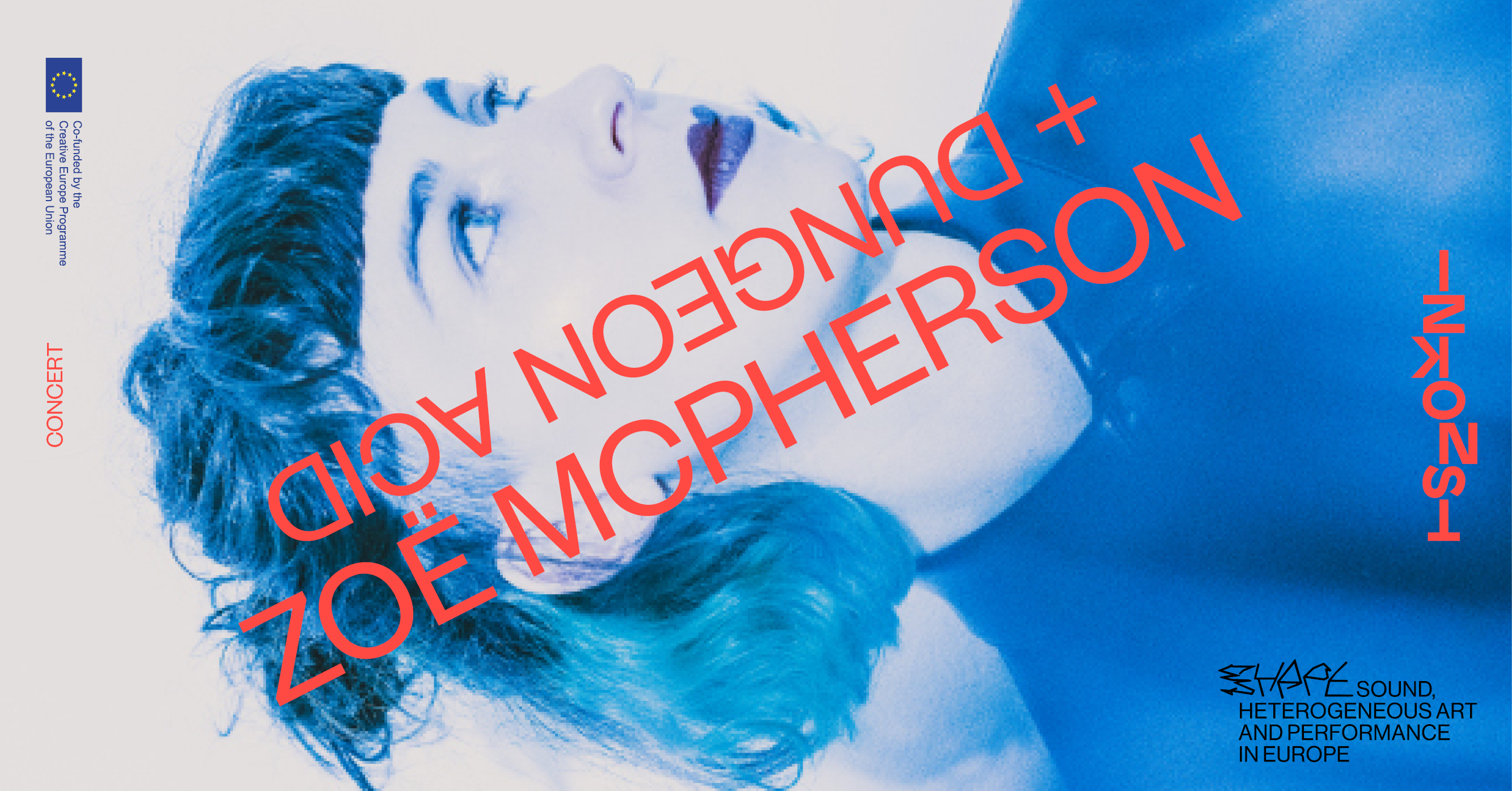 
Zoë McPherson is something as rare as a multimedia artist who’ll make you move your feet.

After a two weeks residency in the Inkonst studio, she’ll top it off with one of her widely acclaimed live sets.

Zoë McPherson has been a natural part of the adventurous european dance music intellegentia for a while now. She’s performed at venues such as Mutabor in Moscow, De School in Amsterdam, legendary Tresor in Berlin, Zvuk in Almaty, Chouftouhonna in Tunisia and Concrete in Paris and has been released on highly revered labels such as Morphine Records, BAKK and SVS Records. Could the list be longer? Of course, but let’s stop here.

Body & Guts has unfortunately been forced to cancelled this show. Dungeon Acid will replace them.

This concert is a part of the Shape Platform, co-funded by the Creative Europe Programme of the European Union  www.shapeplatform.eu

“Platform for Innovative Music and Audiovisual Art from Europe”