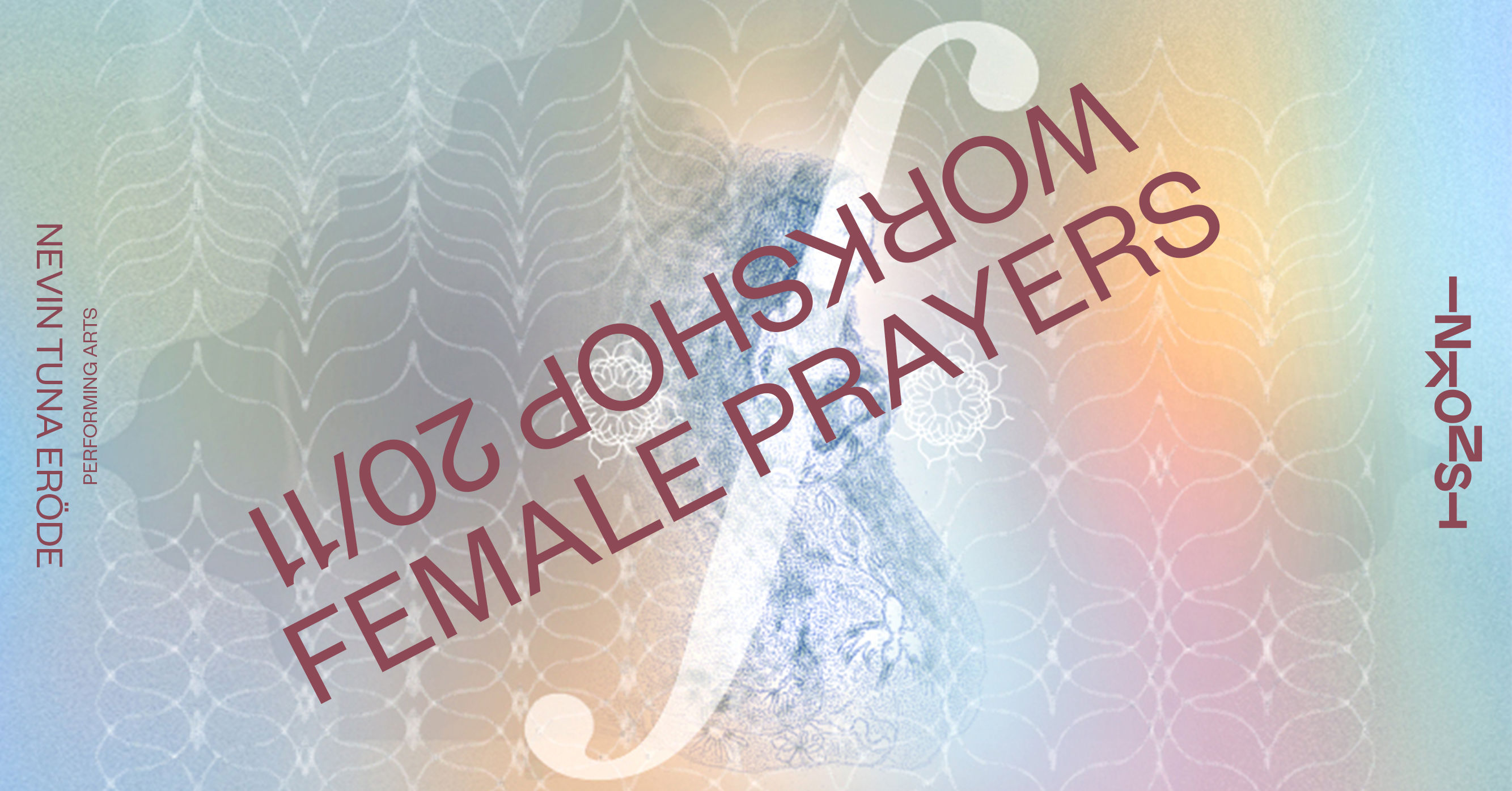 One day we will hear female voices calling for prayer in public spaces around the world.

This workshop lays the groundwork for the art project Female Prayers, a performative video and sound art installation, based on the belief that one day we will hear female voices calling for prayer in public spaces around the world. The art installation challenges patriarchal and traditional notions of gender, societal and cultural structures, and the religion of Islam.

Nevin Tuna Erönde will work as an artist in residence at Inkonst and is looking for 6-8 participants to join her process for 2 hours on November 20th. Do you have a non-Nordic ethnic background, interested in politics, religion, women’s movements and intersectionality? Or do you have a cultural heritage in a patriarchal-dominated religion with which you have difficulty identifying, such as Islam, Catholicism, Judaism, Hinduism, etc.? Perhaps interested in modern art, culture, society and religion? Maybe you’re a practising artist yourself and are looking for new ways to explore sound art?

ABOUT THE ART PROJECT FEMALE PRAYERS
Female Prayers is based on the idea that one day we will hear female voices calling for prayer in public spaces around the world. The work is a peaceful message, where Erönde uses soundscapes (supported by video and narrative) as a medium to explore patriarchal structures, social/cultural issues, religion and the traditional notions of gender roles through intersectionality. The story is unfolding through seven letters addressed to Erönde’s late maternal grandmother, who was a practicing Muslim. Erönde re-connects and “re-pairs” her connection to her grandmother by drawing parallels between the Muslim spiritual practices, and her own yoga practice. The performative installation removes the boundaries between the audience and staging. The audience will sit in a room on the floor as if they were attending a Friday prayer in a mosque – and be surrounded by 4 video projection screens. There will be a symbolic cleansing ritual before entering the installation space and a guided prayer (Prayer of Light) towards the end of the installation experience. Between each spoken letter, there will be video and audio recordings from various cities and Friday prayers led by female imams. The physical space, rituals, and soundscapes set the framework for the narrative and, at the same time, create a feeling of community in the space.

EXHIBITION AT INKONST THE FALL OF 2022