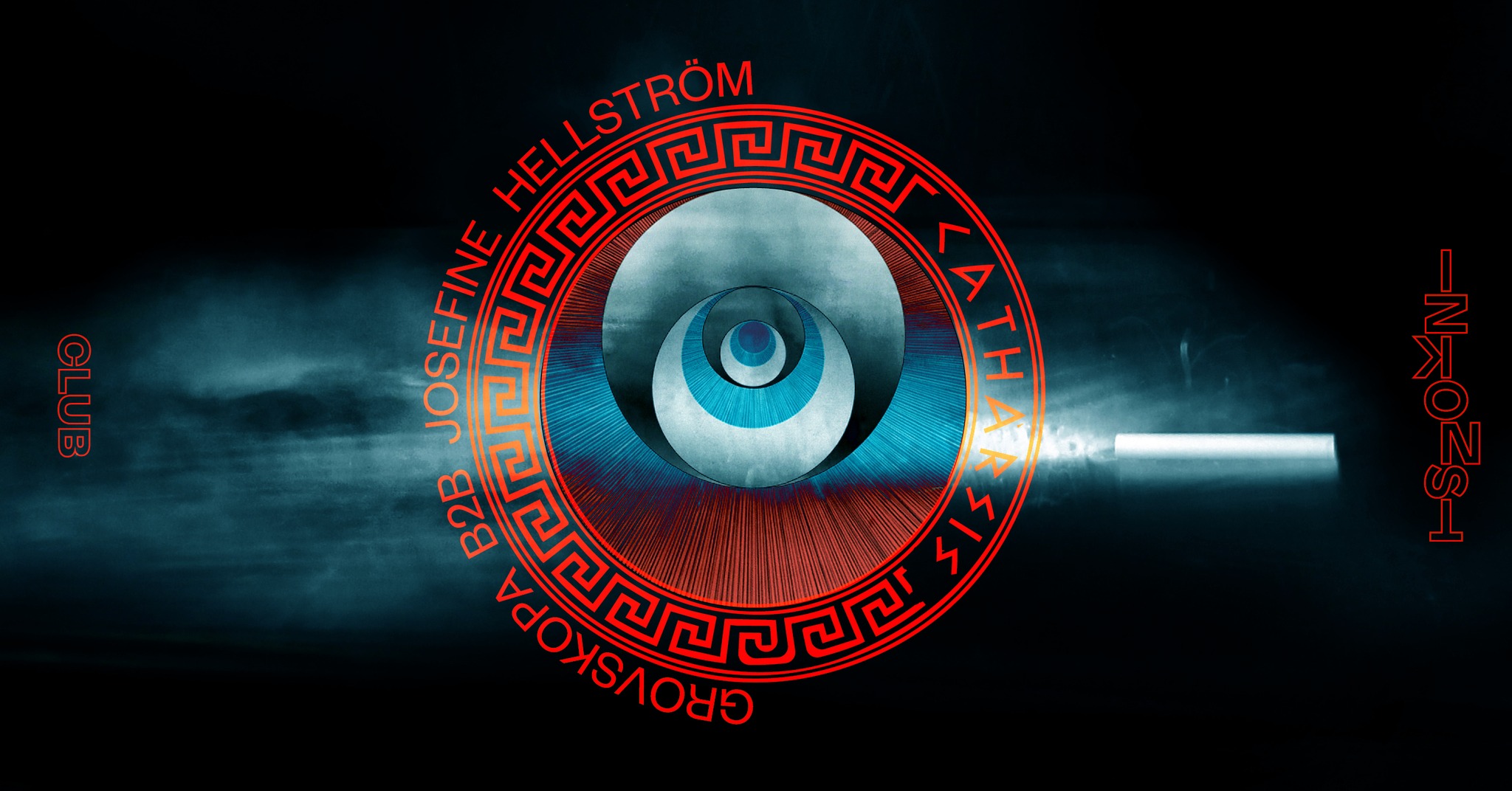 Welcome to the next edition of Catharsis; a club night dedicated to emotional climax through techno, curated by Josefine Hellström. Proudly presenting a very special fusion between our very own Malmö legend Grovskopa / Rivet and Josefine Hellström, joining forces b2b all night long.

Catharsis (from Greek κάθαρσις, katharsis, meaning “purification” or “cleansing” or “clarification”) is purgation of emotions through dramatic art, or any extreme emotional state that results in renewal and restoration. With focus on high quality, heavy techno and rave culture, Catharsis honors nostalgia and celebrates decadence, liberation and energy in its highest form. Characterized by emotive melodies and hard-hitting drums, the duality of euphoria and melancholy defines the storytelling of Catharsis. It’s a peak time, cutting edge sugar rush designed for dancefloors.
GROVSKOPA / RIVET (KESS KILL / POHJOLA /  EDITIONS MEGO)
”To play a wrong note is insignificant; to play without passion is inexcusable.”
Effective, wild and borderless. Grovskopa / Rivet has graced the most hallowed clubs around the world with fierce intentions and rare skill, playing more decks than he has hands. He juggles, cuts, drops and chops at an alarming rate, but crucially never to the detriment of overall flow — Rivet is a passionate and driving spirit in the art of mixing. With over 25 years as a DJ and his recent, widely acclaimed debut album under his belt, he is one of the most prominent figures of the scene and a techno pioneer worthy of the name.
https://soundcloud.com/rivetadam
https://rivetadam.bandcamp.com/
JOSEFINE HELLSTRÖM (CATHARSIS / ALLEYCAT ANTHEM)
It’s the contrasts that get you. Sharp edges soft to the touch, like translucent lace on sun-cracked asphalt. Moving through an intoxicating, unpredictable array of rough breakbeats – it is the raw tonality and temperament that makes Josefine a fearsome reputation as a selector. Straight to the point with elements of colorful melodies, reflected through infectious tribal-esque rhythms and rugged cut UK bass – is what appears throughout her music and in her sets. This techno is a powerful intent to build tension, climaxing into a frenzy of emotions, and also the reason why Josefine is one of the most sought-after DJs in the Scandinavian region.
https://soundcloud.com/josefinehellstrom