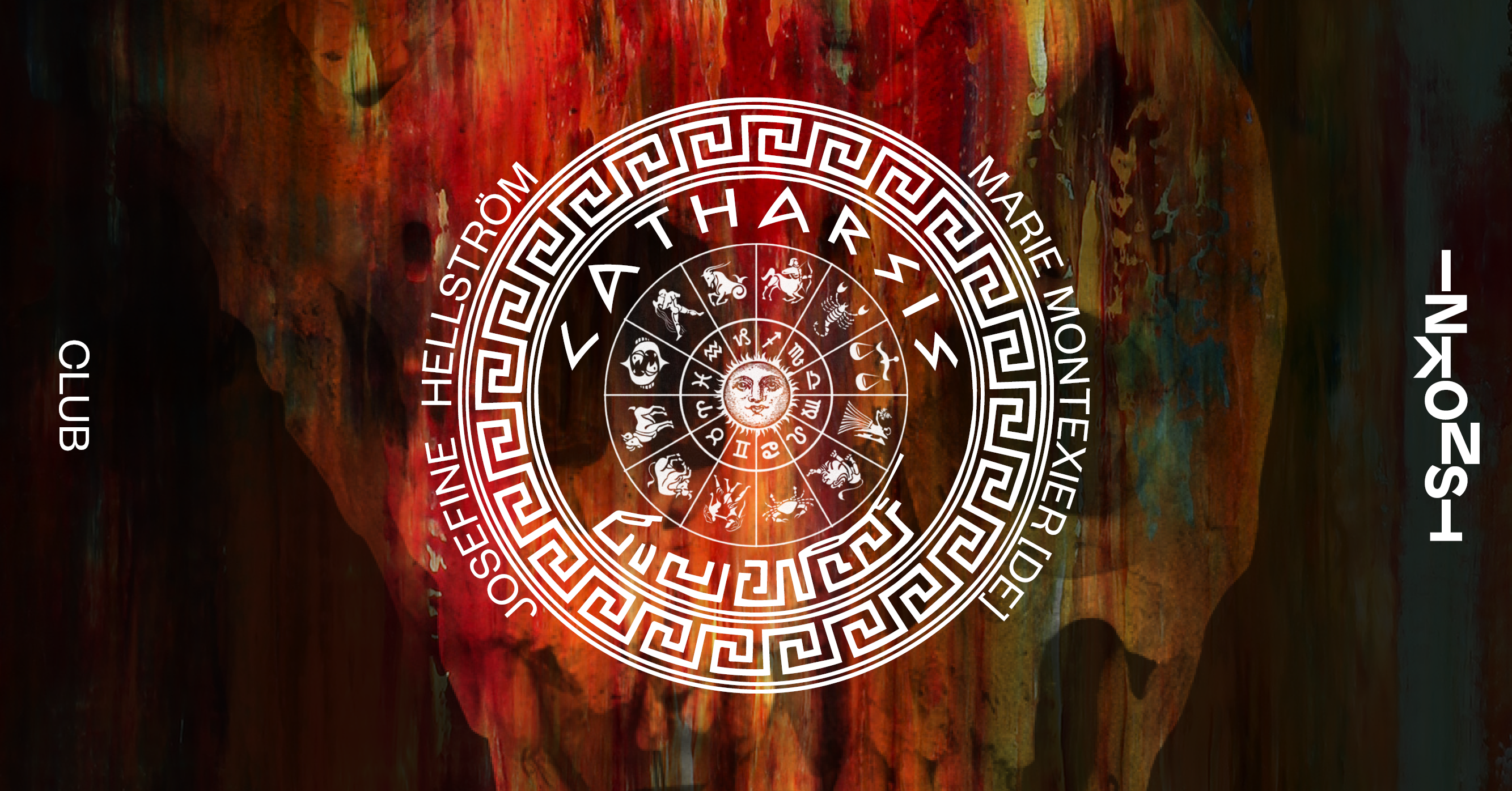 Welcome to the next edition of Catharsis; a club night dedicated to emotional climax through techno, curated by Josefine Hellström. Proudly presenting the phenomenal Marie Montexier (DE).

Catharsis (from Greek κάθαρσις, katharsis, meaning “purification” or “cleansing” or “clarification”) is purgation of emotions through dramatic art, or any extreme emotional state that results in renewal and restoration. With focus on high quality, heavy techno and rave culture, Catharsis honors nostalgia and celebrates decadence, liberation and energy in its highest form. Characterized by emotive melodies and hard-hitting drums, the duality of euphoria and melancholy defines the storytelling of Catharsis. It’s a peak time, cutting edge sugar rush designed for dancefloors.

MARIE MONTEXIER (PARYÌA / WARNING)
It is like Marie Montexier digs deep down into the ground to find that golden vein of bassy groove she is hunting for. She often finds it and nails it perfectly: Marie Montexier has a distinctive way of presenting records, turning them into personal trademarks. With fresh ears she looks back in sonic history, picking and matching genres, intertwining the old with the contemporary. Whether tracks are labeled as well- or less well-known is of no significance to her, as long as they contribute to the story she wants to mediate.
Born in Germany with French origin, Marie’s preferred format as a DJ is vinyl, a crucial part of why she began DJing and collecting music. Curious about genres and styles, multi-eclectic influences informs her sound. Her sets, mainly based on breakbeat and big on UK flavour, are global melting pots where genres and edges blur; oldskool acid, tribal-scented beats and trippy techno merge here. Marie brings a twisted quirkiness, lightening up a sometimes harsh-sounding corner of the scene.
Although new in the industry, Marie Montexier’s hard work has not gone by unnoticed: during her debut year of 2019, she was selected “Newcomer of the Year” by German music institution on Groove Magazin, an honor for any artist. Marie currently holds a residency at internationally renowned party Warning, taking place in Berlin. In addition to that she is hosting her monthly radio show Pistache FM via Munich’s Radio 80000 and launched her own label, Paryìa in 2021.

JOSEFINE HELLSTRÖM (CATHARSIS / ALLEYCAT ANTHEM)
It’s the contrasts that get you. Sharp edges soft to the touch, like translucent lace on sun-cracked asphalt. Moving through an intoxicating, unpredictable array of rough breakbeats – it is the raw tonality and temperament that makes Josefine a fearsome reputation as a selector. Straight to the point with elements of colorful melodies, reflected through infectious tribal-esque rhythms and rugged cut UK bass – is what appears throughout her music and in her sets. This techno is a powerful intent to build tension, climaxing into a frenzy of emotions, and also the reason why Josefine is one of the most sought-after DJs in the Scandinavian region.