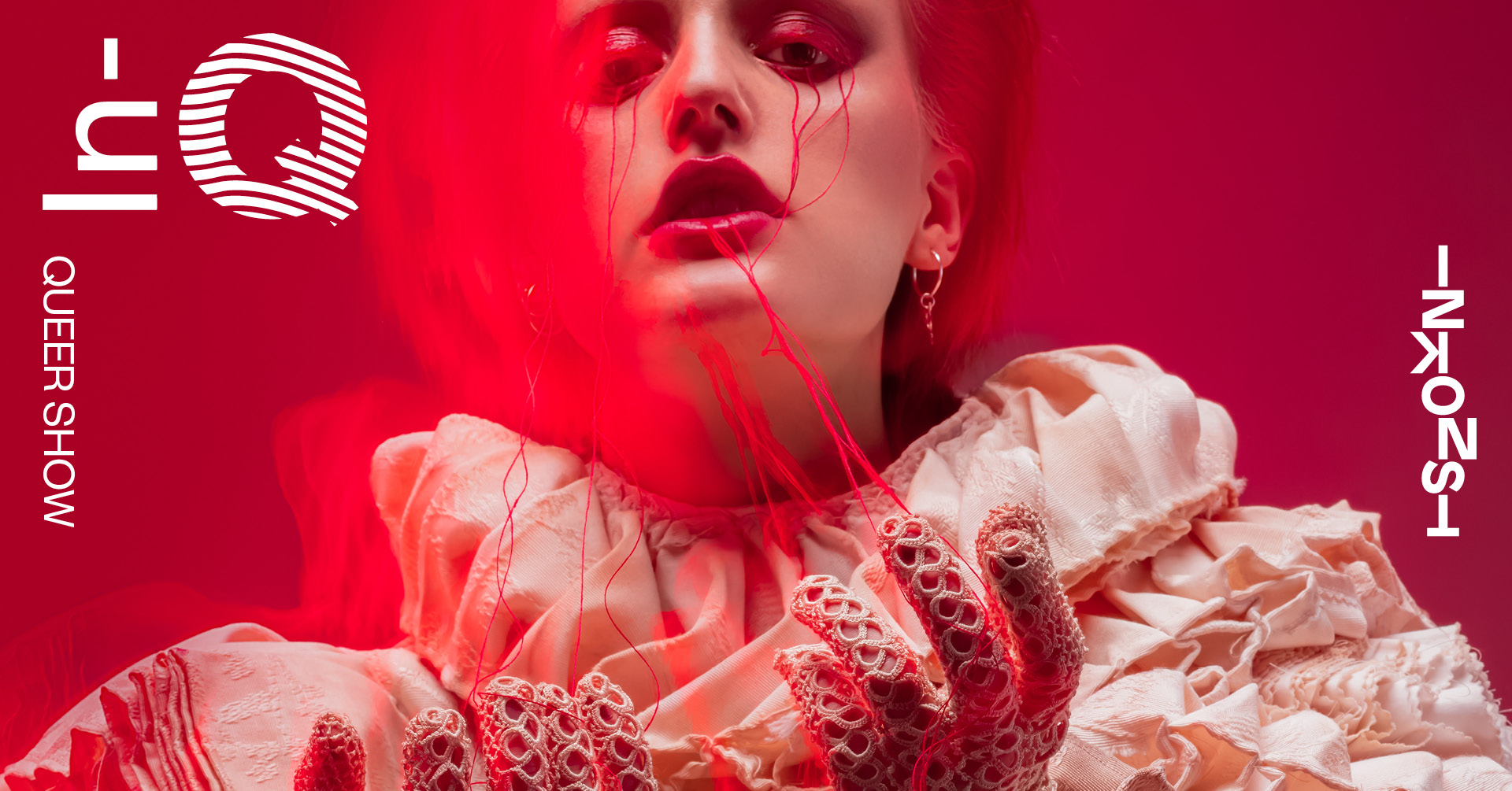 Your favourite queer show night giving you Storm Dunder, Al-Jizz Queera, FASCIA, Raj & Jafar The Superstar, hosted by Miss Bernadette Weatherly. A night of performances, music, drag and everything fun in between.


Beloved audience, darling extended family of freaks – it is time to gather again. Again we rise to the task of being the messy glitter eyeliner we wish to see in the world. Darkness falls around us, but glitter reflects any light it catches and spreads it into the deepest of shadows. In-Q says “Everytime we shine, we win!” and shines a spotlight on the beautifully strange, the hysterically sensual and the radically entertaining. Come and catch the light, catch the shine and share the laughs, screams of delight, ooh:s, aah:s and sighs of pleasure.

This time we meet the irresistible Baba Jaan and his two hot hookah smoking daughters in a dreamy dating show by the genius gang that is Al-Jizz Queera. Storm Dunder brings us into their fantastical music and visual world built from the most free, fragile, brutal, glorious, and grotesque parts of their inner life. Dreamy drag artist Jafar the Superstar entices us with subversive slapstick, Bollywood drag king deluxe Raj gives us a hip-shaking macho man show and FASCIA builds an electronic music landscape of sacral, sensual meetings with technology. All of course guided by our shepherd in the night, hostess Miss Bernadette Weatherly, our very own nice christian lady, giving us southern hospitality, gossip, passive aggression and mind-blowing looks.

In-Q will be followed by Inkonstbaren in a special In-Q edition with DJ Babylon Barsebäck until 03.

Storm Dunder
Storm Dunder is a non-binary music producer, performer, songwriter, and poet who creates art that embody the things they have spent their life running from. They build momentary realities, sew bodies for the impalpable, and use their art to channel the most free, fragile,,brutal, glorious, and grotesque parts of their inner life. Using their memories, and reactions to those memories, Storm built a character that was allowed to wallow in the past when they had to move on. Their solo show “The Clown on the Fifth Floor” work through their tumultuous relationship with reality. It premiered at the Stockholm Fringe Festival in 2019 and was awarded the Nordic Fringe Network Award. In the following years The Clown on the Fifth Floor has been given multiple awards. Among them the Reykjavik Fringe Festival Grand Prix in 2020. In 2021 Storm released a selfproduced album with the music from the show.

Al-Jizz Queera “Baba söker Mama”
Al-Jizz Queera is a comedic drag-trio consisting of Baba Jaan, Jafar The Superstar and Ortolana Fontana. They debuted at Stockwig dragfestival and have since performed at venues such as Spotify, CinemaQueer and Fake Daughter. At In-Q they are bringing you a fantastic live reality show which is sure to put your dating skills to test! Don’t miss out on the irresistible Baba J and his two hot hookah smoking daughters. Alhamdulillah! (* the performance is in Swedish)

FASCIA
FASCIA is a music producer and multidisciplinary artist. Her work is an imagining of surrealist, mythical and futuristic fantasies. Tales of bodies morphing out of themselves, will bending flesh. Explorations of sacral, sensual meetings with technology. This physicality is in focus in her music as well, with pressing, pulsating soundscapes and voices manipulated beyond recognition. Educated in classical composition, she now works across electronic music, performance and interactive art, often building her own tools and instruments as well as installation works. In her concerts she uses all of these disciplines to extend herself and embody her musical imaginings fully.

Jafar The Superstar
Jafar The Superstar is a drag-artist and an actor who works with subversive slapstick, comedy performance, and political satire. They parodize and play around with diasporic experiences, identity, and hypersexualization. Sometimes Jafar The Superstar goes by the name Edwin Safari who is a hardcore gamer, tarot enthusiast, and (soon-to-be) gender studies graduate and pop diva who studies film at Stockholms University of the Arts.

Raj
Raj celebrates Bollywood, home of many things drag and lipsync, and all its heroes. Men that are hyper macho but at the same time dancing, hip-shaking AND showing big emotions. After a dazzling performance at Stockwig this summer, Raj takes the Malmö stage and blesses us with a show that will leave no heart untouched.

Host: Miss Bernadette Weatherly
Miss Bernadette Weatherly is a chaotic drag queen who loves to host and entertain. The stage is her home where she welcomes each guest like family and serves a buffet of gossip, rumors, intrigue, delusion, controversy, passive aggression, and other frozen foods that have left reviewers feeling ”stunned,” ”disturbed,” and ”strangely hopeful.” She is also a hoarder.