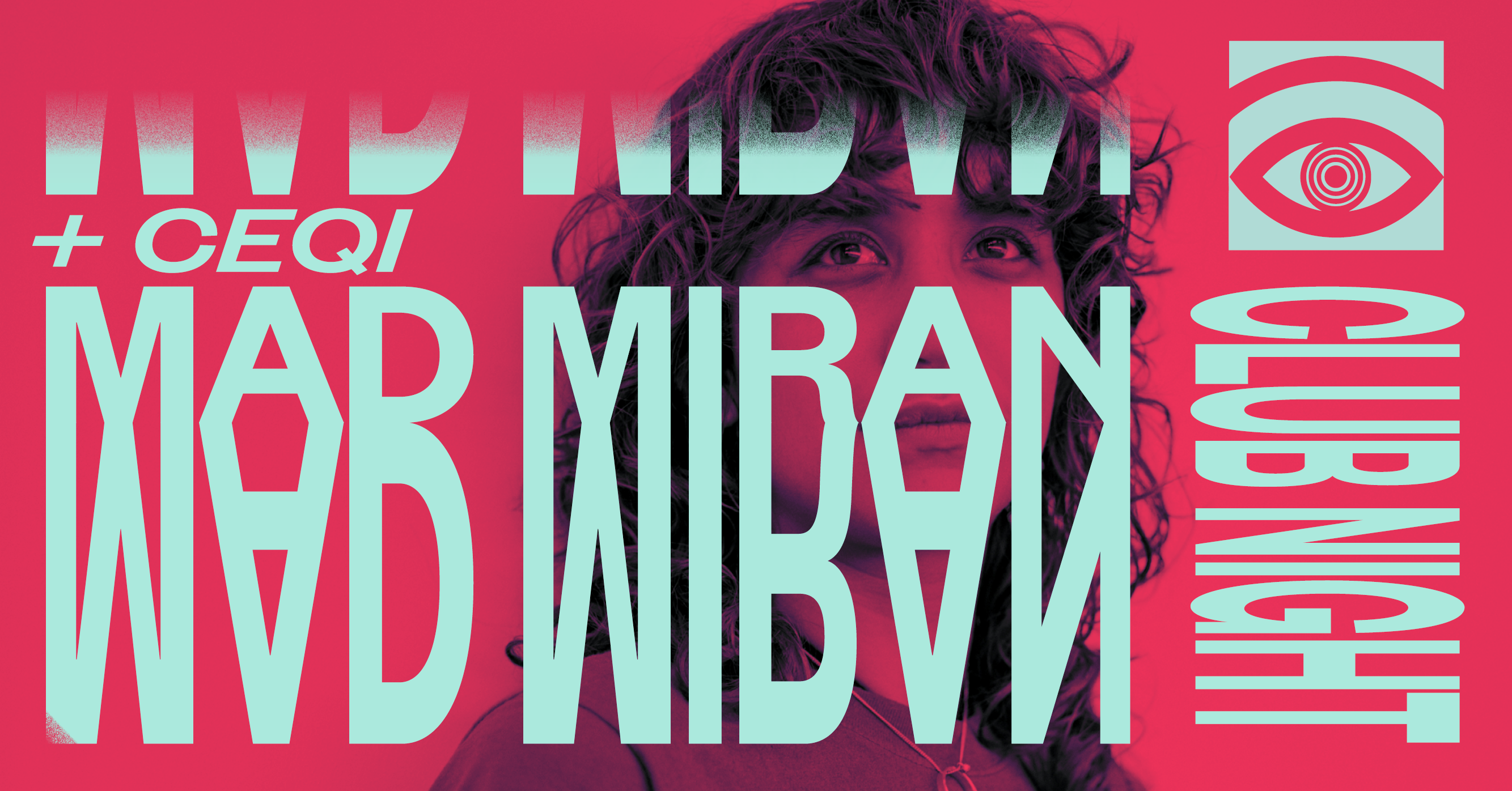 Inkonst Club Nights - the nights dedicated to the sounds closest to our hearts - the emerging, the pushing of boundaries, the suggestive, the unhinged, the masters. You get it right? Special, special nights for special people.

mad miran
A child of the Dutch underground, mad miran has been on an exceptional rise of late. Her mastery behind the decks shows as she smoothly moves between electro, bass music, IDM, dubstep, electronics and breakcore throughout her sets. An infectious energy behind the decks that truly manifests it on any dance floor she takes control over. Her infinite love for obscurities have left many prowling for tracks played, as her sets tend to be a adventure through leftfield novelties and obscurities deeply rooted in 90s rave.

Taking her experiences on the dance floors to the booth, she has graced the decks of institutions like Garage Noord, De School, Nitsa, Blitz as well as renowned festivals such as Dekmantel, Primavera, Solstice, Love International and more.

ceqi
Shaped by a lifelong obsession with records Ceqi glides between styles and tempos, connecting the dots that aren’t there. The style is playful and firmly rooted in the rave. Stuttering drums and chest-rattling subs meld with jittery bass lines and moments of bliss. This is music for the freaks.
Ceqi is an Icelandic dj and producer. Having played countless raves and club nights, notable appearances include Griessmuehle and Sonar Reykjavik. Resident radio host at Retreat Radio.
https://soundcloud.com/c_e_q_i