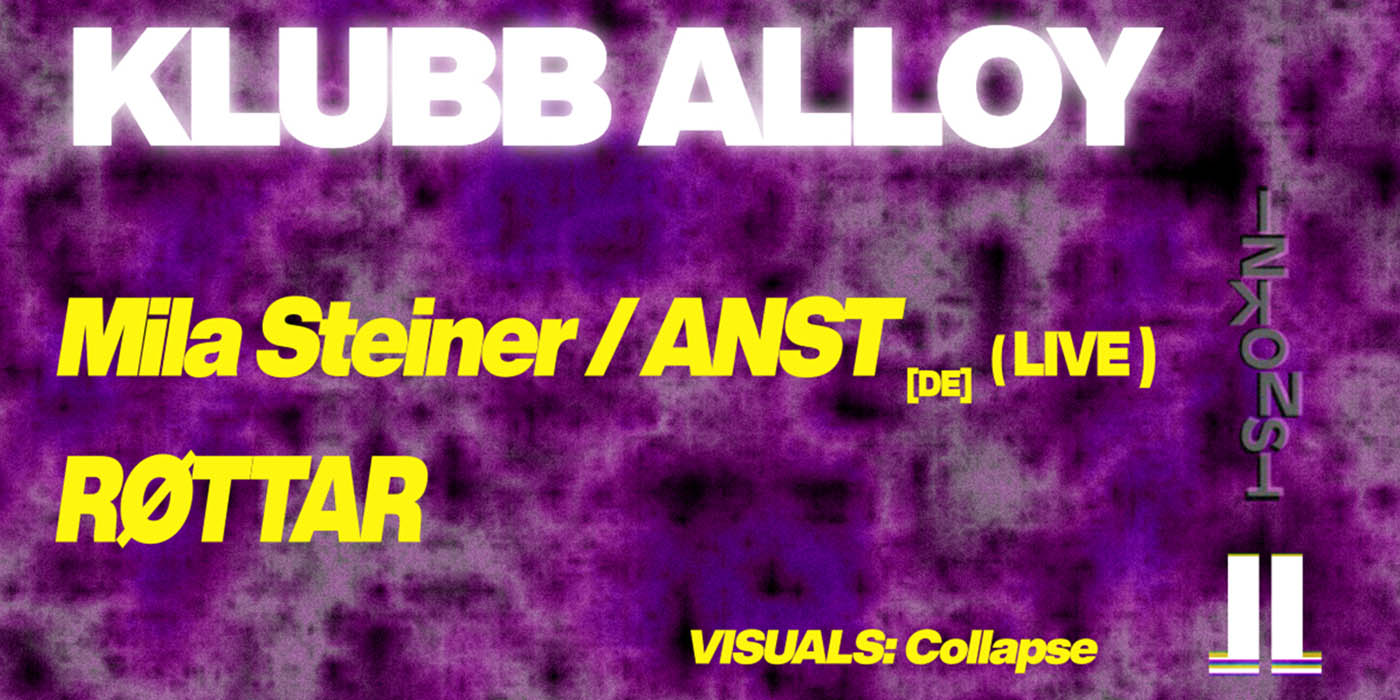 This time we have some hours of good music, bringing a good combo to our favorite place in Malmö. Some acid and industrial techno that will make you to sweat again, while getting goosebumps on your skin. Get ready for it!

Mila Steiner / ANST (DE) – LIVE
Mila Steiner (also known as ANST ) acquired a special taste for the harder and acidic tracks in the 90s and fell in love with electronic music from an early age. Mila Steiner currently uses modular synthesizers, hardware as well as ancient computers to produce its music. Its tracks are characterized by a marked rhythm, industrial cut, dense and heavy basslines with raw and acid sounds. Just recently the artist also started her own label 9ravesnuff. You can count on intense and mindbending music as this Berlin-based producer/performer performs its first live set ever in Sweden.