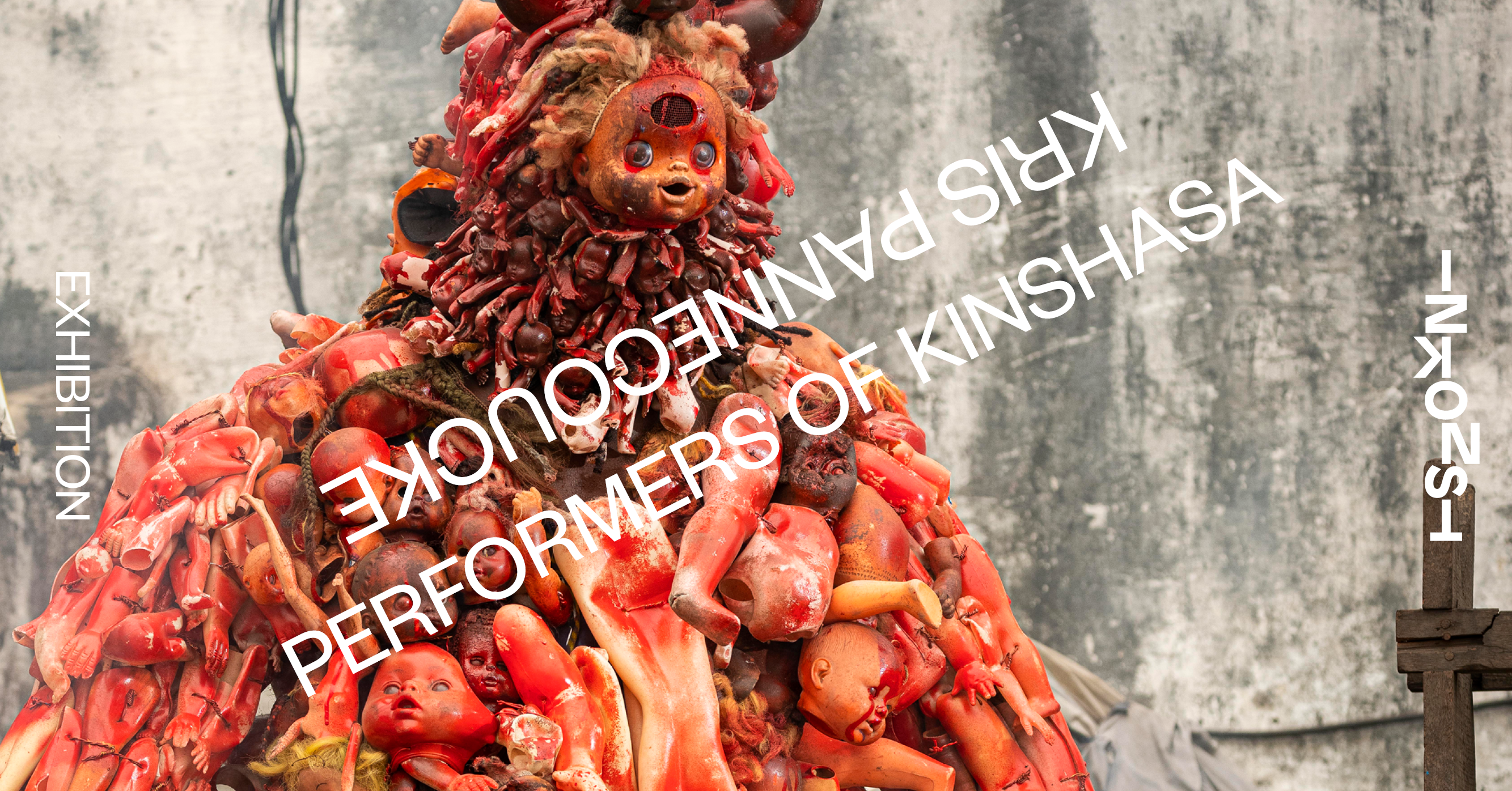 Portraits of street artists from Kinshasa, true artists of survival, creating costumes from trash and provoking those in power through their art.

Photographer Kris Pannecoucke has during the past year portrayed street artists/performers in the capital of the Democratic Republic of Congo. Inspired by the film SYSTEM K, that depicts the art scene in Kinshasa, he wanted to dig deeper into the harsh world of the street artists, creating and living their life on and of the polluted streets.

Kinshasa is ‘the city of survival’ and if you have no other means, art is an exceptional way to expose abuses. What is waste to the inhabitants is material for some artists who recycle it into works of art. The result is surreal and impressive costumes highlighting political and environmental issues. Shaka Fumu Kabaka uses broken dolls or toothpaste tubes, Sarah Ndele works with plastic pots, Etabe recycles sardine cans or cigarette packaging and Falonne Mambu uses electric wires to create true sculptures. They find inspiration in their past, such as war or what they endured in a chaotic metropolis where insecurity increases as darkness falls.

The streets are also very much a place for showing their art work through performance like rituals and parades, using their costumes as a starting point for discussion with the people of the streets. However performance art, as we know it, doesn’t exist in Kinshasa and art in Congo is mostly associated with music, not so much visual or performing arts.

With this series of portraits, I want to pay tribute to the artists. Each artist has a personal motivation for creating a particular work of art. Witnessing a war, violence or enormous pollution in the city are sources of inspiration.
-Kris Pannecoucke

The exhibition will support the artist-run collectives Farata and Mbokaart in Kinshasa.

Kris Pannecoucke is a Belgian documentary photographer and filmmaker. Born in Kinshasa he has focused a big part of his work on depicting life in Congo, for example in his book “fleuve Congo river” (Picha Publishing), but also travelled the world for photographic assignments. Pannecouckes work has been published in GEO, l’Obs, National Geographic Magazine and 24h0. “Performers of Kinshasa” has been published in The Guardian (UK), The Frankfurter Allgemeine Zeitung (Germany), De Volkskrant (The Netherlands), De Morgen (Belgium) and VI Menn (Norway).