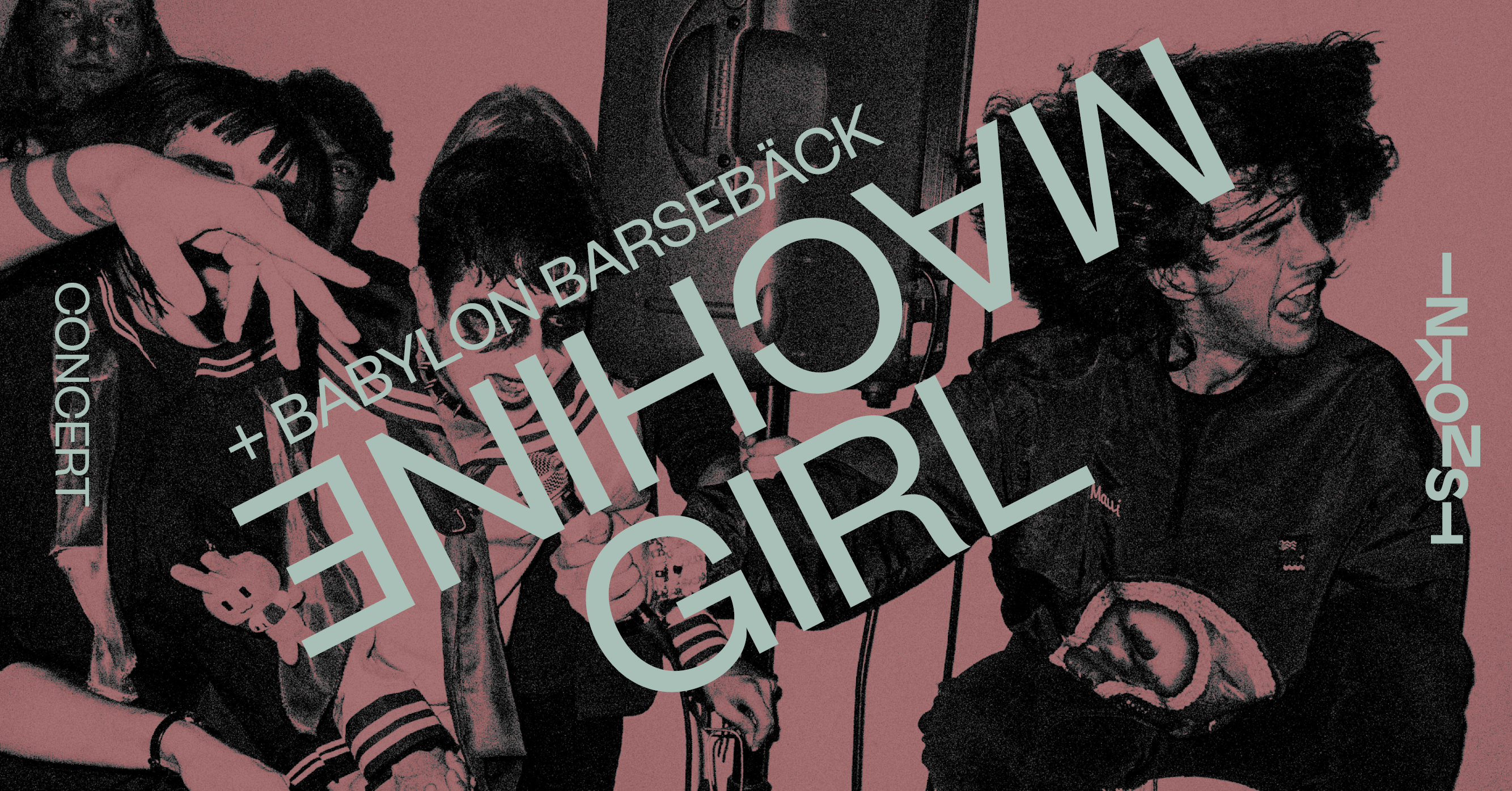 Cutting their teeth on the DIY circuit across North America, Machine Girl have quickly become known for their unpredictable and cathartic live shows

Cutting their teeth on the DIY circuit across North America, Machine Girl have quickly become known for their unpredictable and cathartic live shows, amassing a rabid following of club kids, punks and metal heads reveling in the bands amorphous blur between grindcore mosh pit and underground gabber rave.
Alongside fellow New York artists Bonnie Baxter, Prison Religion and Deli Girls, Machine Girl spearhead a recent wave of DIY music culture existing on the borders between punk, noise, techno, and rap, with few, if any, belonging squarely to any one tradition. Sonically collapsing the borders between these genres Machine Girl’s music reflects the sensual overload of a omnipresent media in which public truth has become a prism of intersubjective realities and global tribalism no longer bound to a common fabric of facts or local cultural truths. It represents a postmodern world in which cultural points of reference have become universal, readily available to anyone at any time to be consumed, disconnected from their original meaning to be rearranged, culturally recharged and globally reconnected in ad lib fashion.

In the duo’s music and live performances this unstable reality is not only being reflected but celebrated and thus pushed to its inevitable conclusion: horror, violence, surrealism, anxiety and chaos – all hyperactivated, peaking in the ego’s death to thus clear the way for personal transcendence. To cleanse yourself, hit the reset button and ask: How to become a decent human being? What are the responsibilities that come with this kind of freedom? Are we victims or perpetrators? What can be done?


Babylon Barsebäck:
”With a diverse track record within everything from Memphis infused lo-fi cuts, wonky footwork and angular electro pop-edits to industrial bunker busters, breakbeat mayhem and more recently ”math gabber” – the recent endeavours of Babylon Barsebäck might not be too much of a surprise for those familiar with the multifaceted producer and DJ. Their sets these days are intense and unconstrained roller-coasters twisting and turning through ”-core” suffixed genres, intense sonics and the more experimental ends of spectrums within the dance context. Like the comparison suggests you’ll be chilled, thrilled and aurally entertained throughout, wanting another go by the time it’s over!

When they’re not summoning gabber demons, Babylon Barsebäck is caretaker of local label SKÖRD which tries to serve grass roots local subculture rather than define it. As such it is a platform for artists looking for an alternative to the market-based businesses of contemporary music culture.
They are also working on a full-length album which has been described as an union between math rock sensibilities painted with a gabber and hardcore palette. One can already sneak peek on the Babylon Barsebäck Soundcloud.”