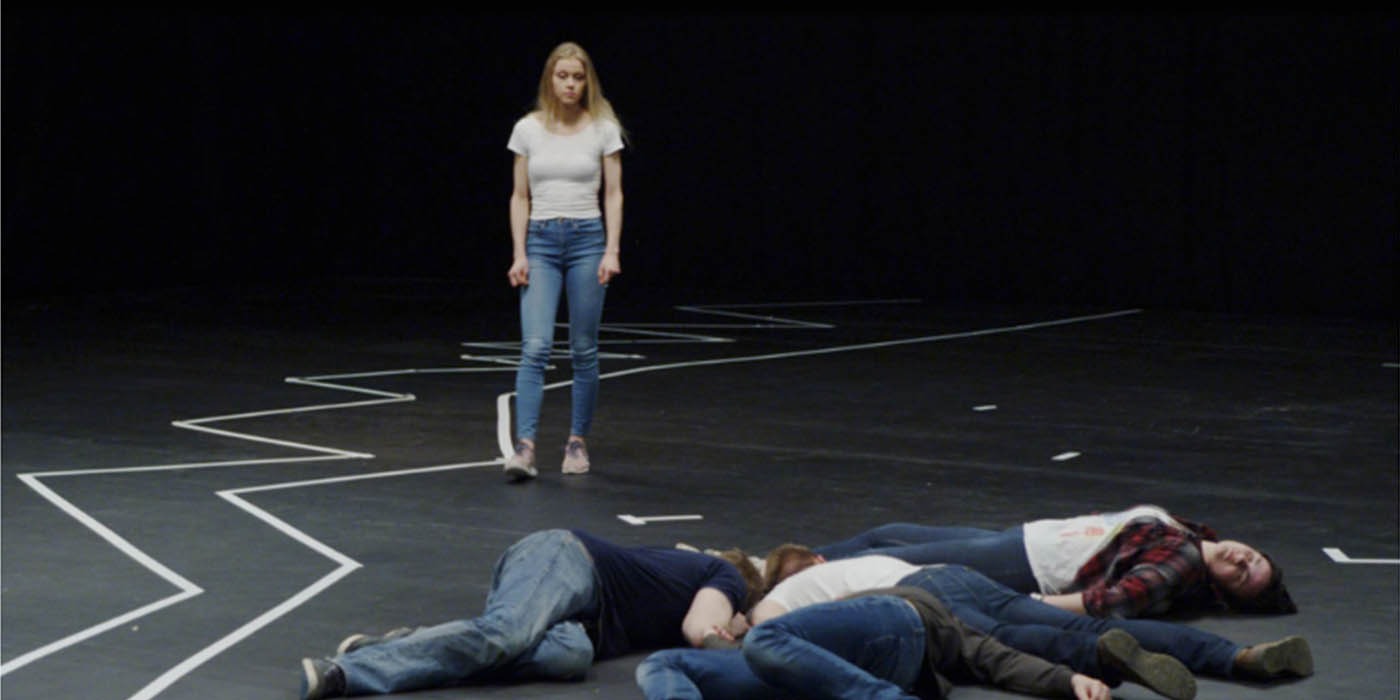 Helping filmmakers reach an audience – 8 international documentary projects ready to premiere. dok.incubator is back at Nordisk Panorama with their well-established rough cut workshop and eight new projects which have undergone six months of deep development and individual tutoring with international experts. Join the preview session for a unique opportunity to meet the filmmakers and hear about the projects just before their first performance. You can also find out about the dok.incubator programme’s track record at elevating projects to great international success.
More information: http://dokincubator.net/

This year we present a masterclass by Mika Taanila, preceded by a Sunday morning screening of two of his latest works, “Branches” and “Tectonic Plate”.

How can filmmakers test and share projects while developing them? With support from BoostHbg and Nordisk Panorama, filmmaker and artist Pernilla Belfrage has created a tactile experience for her VR prototype, giving the festival audience a break from the festival buzz. Join her in conversation with experience designer Bjarke Pedersen from Odysse, for a discussion about how they worked together to create the experience. Read more on www.lejardindespensees.com

Finnish filmmaker and visual artist Mika Taanila talks about his projects with cameraless and conceptual films. The session deals with alternative ways of approaching the art of the moving image. Rooted deeply in film history and cinephilia, Taanila’s artistic practice covers a range of techniques, from direct photocopying of film and collage to found footage and even series of cinematic works without moving images. Taanila’s recent experimental feature, “Tectonic Plate”, will be screened as part of the festival programme.

In this session we will discuss and challenge the normative definitions of documentary storytelling as we know it, in order to find methods, practices and new ways to elevate the film form. We look at case studies and talk to filmmakers and artists who will share their experiences using their skills in other mediums, aiming to challenge cinematic storytelling. Financing and distribution will also be discussed in relation to how these stories can be brought to their intended audience.
Moderator: Klara Grunning, film commissioner at the Swedish Film Institute
Panel: Saadia Hussain, Carl Javer, Marcus Lindeen, Juan Libossart, Kirsi Nevanti

Helping films reach their full potential. “The Good Postman” is presented as a case study from the 2016 rough-cut workshop dok.incubator, and the screening is followed by a prolonged Q&A session. The film was almost finished when the team joined dok.incubator. During six months of intensive individual tutoring, the filmmakers polished the rough-cut, refined the distribution strategy and ensured the film had international potential. Thanks to this additional development, the film qualified for competitions at IDFA 2016 and Sundance 2017. Also: Don’t miss the presentation of new​ dok.incubator projects at Inkonst on Sunday at 10:00. More information: http://dokincubator.net

The swedish feature documentary I Called Him Morgan premiered at Venice, Toronto, Telluride and New York Film Festivals within one month during the fall of 2016 and has since then been screened at numerous international festivals. This year it had a successful theatrical release in US and was lately ranked number one in Metacritic’s list of the best reviewed films of 2017. In this session we will talk about the 7 year long process of making the film and the work to reach international fame a glory.

“How We Did It” presents interesting discussions with artists and filmmakers in an informal bar setting. Come along, have a drink and be inspired.”

Co-production between South Korea and the Nordic countries? At first it might seem like a far-fetched scenario. But a couple of successful documentaries and some projects currently in development are based on co-productions between South Korea and the Nordic countries. During this session we will highlight the significant creative and financial possibilities represented by bringing South Korean and Nordic producers together. We will examine two projects currently in development, but also leave time for a general discussion about co-production opportunities and challenges when it comes to making documentaries with South Korea. Producers Liisa Karpo and Monica Hellström will share their insights about working with South Korea. This session is also a way of looking forward to 2018, when a South Korean delegation will participate in the NP Forum.
Moderator: Ove Rishøj Jensen, EDN (Denmark)
Speakers: Liisa Karpo, napafilms (Finland). Monica Hellström, Final Cut (Denmark).

8 o’clock is cocktail hour! Every night from Saturday to Monday we invite you to Nordisk Panorama’s own Cocktail Cinema. Here we will present one of our high profile competition films at Inkonst Blackbox. The bar will be open and of course you can take your drinks with you into the cinema!

Bobbie Jene (Denmark/ Sweden, 2017)
Elvira Lind
American dancer Bobbi Jene Smith has spent 10 years as the star of famous Israeli dance company Batsheva. Bobbi first came to Israel when young and has spent the past decade under the tutelage of renowned choreographer Ohad Naharin, who radically shaped her personal life and professional work. She now makes the life-altering decision to uproot her life and career to move back to the US. The decision to leave is made all the more difficult by her budding relationship with fellow dancer, Or Schraiber.