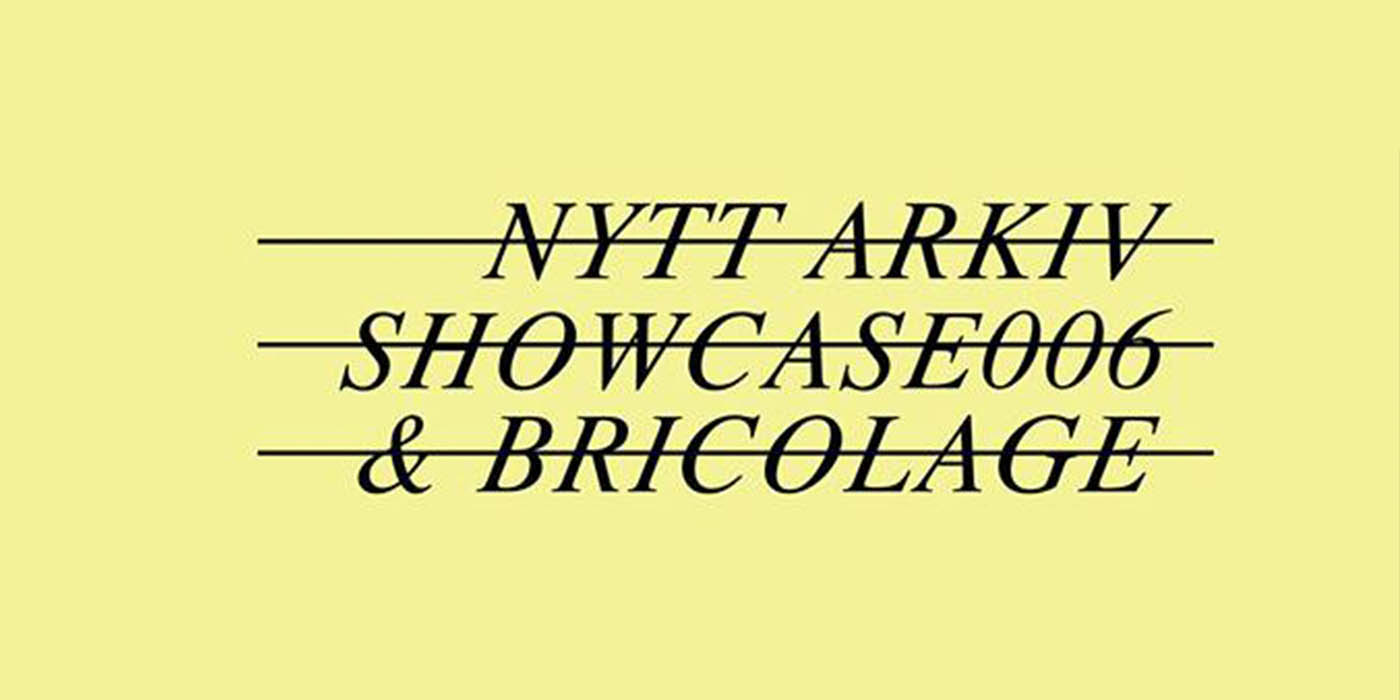 INSAUNAS (Nytt Arkiv)
Straight from the motherfxxxing dungeons of neo folk, but also nice and polite. ’We Brought Some Days Back’ is their debut album, a work of genius songwriting and a heart worned on sleeve. Available on limited edition and hand numbered vinyl.

GRETA MARÍA
A Berlin-based artist that captivates us with her jazz influenced pop. Her music is poetic, vulnerable, and minimalistic.

FRANS FASSAN MÖLLER
This will be the first live appearance from Frans Fassan Möller. Together with members from SEKEL, he will perform his skewed and passive-agressive indierock.

TREN NE
A vibrant project combining elements of techno and kraut in a minimalistic manner. This is their debut show.

DJ FRITTATA
Dj Frittata will play records in between the shows, with focus on techno and electronic music, but with room for surprises.

Arrangörer
Nytt Arkiv is an experimental music label based in Malmö, Sweden.
The event will be in collaboration with the newly started cultural association Bricolage. Bricolage has emerged as a collective of enthusiasts who want to give the city’s cultural talents a new plattform to express themselves.