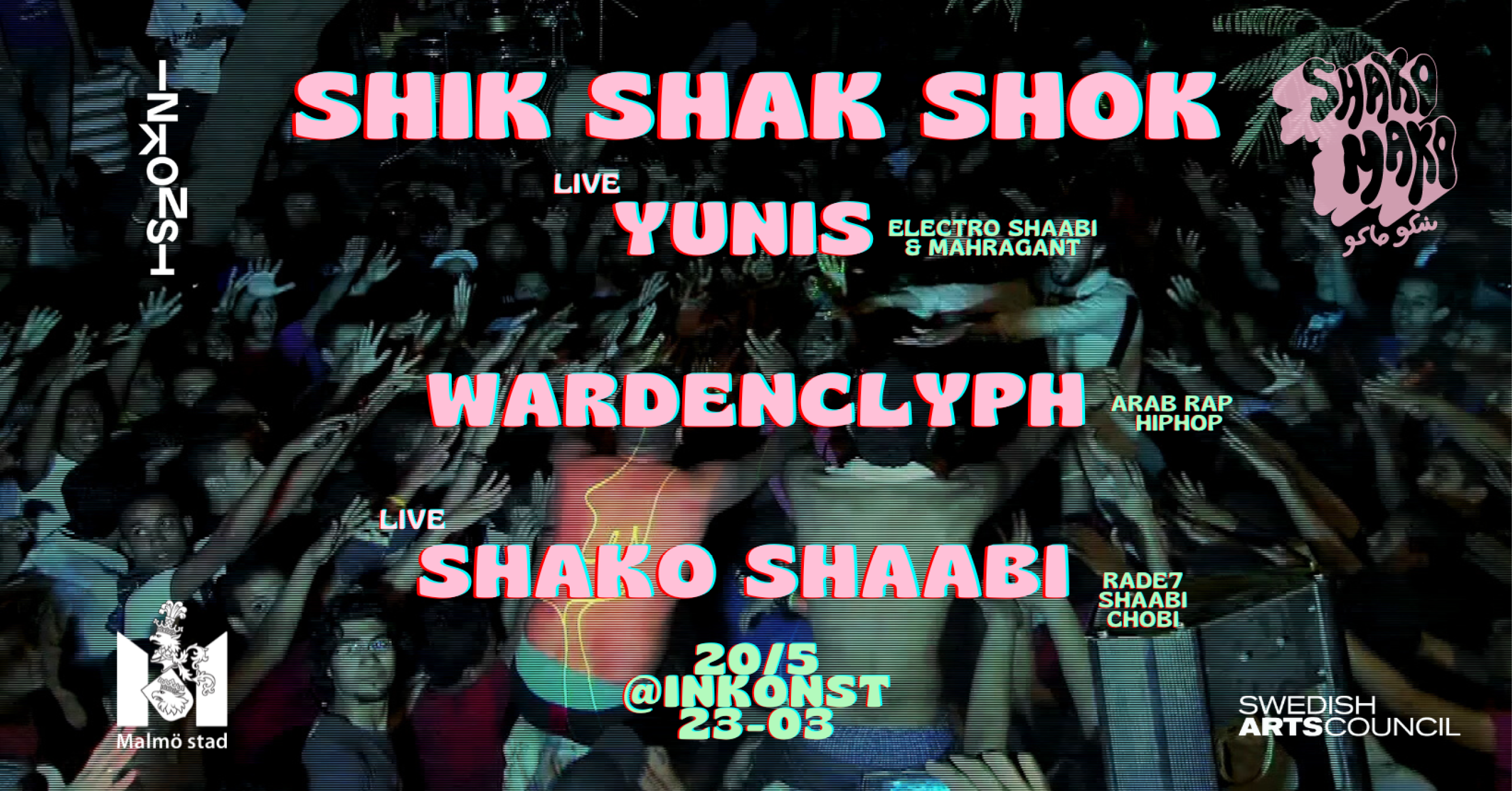 Shako Mako is proud to present the second Shik Shak Shok night! A night dedicated to the shaabi sounds of the Arab streets, the sonics of our collective hyper nostalgia!

✨ YUNIS – Live [EGY]
– One of Egypt’s most interesting contemporary artists and producers. Featured on the now infamous Nyege Nyege mixtapes. His work and artistry focus on various manifestations of Egyptian folklore, while closely examining the spaces and sonics between Moulid-practises in its Sufi form, its rhythmic patterns as well as instrumentation as a genre with its gritty aesthetics originating from folk weddings.
YUNIS hosts a monthly programme on Ma3azef radio. His current project, Orouj, is a cross-disciplinary performance based on the progressive structures found in spiritual music, mainly focusing on Takhmir (intoxication/musical ecstasy) folksongs, which are traditional folk songs sung by people in rural Egypt during exorcisms of spirits or jinn, a practice more commonly known as the Zār. Find more about Yunis on his official website: https://yunis-art.com/

✨ Wardenclyph [SYR]
– A prodigy of the Underground MENA Hip-hop scene, a producer and artist who’s been constantly pushing the boundaries and moulding a unique aesthetics take of the hyper nostalgia of 80’s Arab pop music with a gritty and oozing feel.

✨ Shako Shabi [IRQ]
For the first time ever, we are proud to present our very own, Shako Mako Shabi house band.

✨ Scenography – By the magnificently wonderful, Housemother of the House of Habibtis – Ranya Asadi