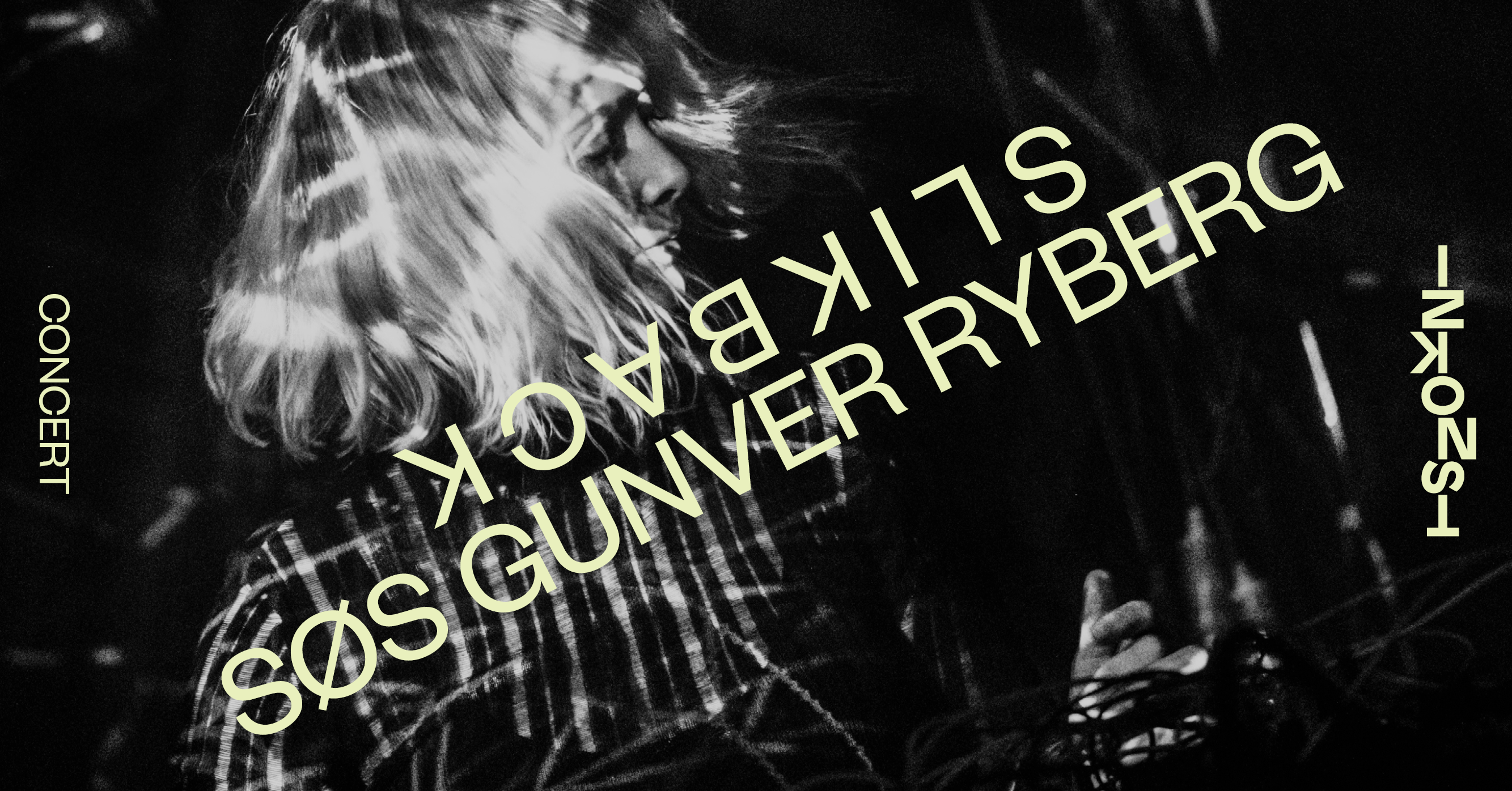 SØS Gunver Ryberg is a Danish composer, sound artist, and live performer whose work can also be found in video games, films, international theatre/dance productions, and installations. She has won several awards for her music, including a BAFTA nomination for her work on the multi award winning video game INSIDE. Releasing on respected labels such as Avian and AD93 (formerly Whities), her stark, post-industrial, techno-adjacent sound is powerful, adventurous, refined, and immersive.

In this new special piece, initially commissioned for the cancelled 2020 edition of the Intonal Festival, Resist this change is to resist the essence of existence, Ryberg continues to prove herself as an artist in a constant state of exploration. She sees music as one of life’s true necessities – a medium that allows her to address the problems and complexities of our time, a fundamental theme that is deeply ingrained into her artistry. Her music is built on the concept of a free manifestation of sound and music.

Slikback, or Freddy M Njau – one of Nairobi’s great prides.
His debut EP, Lasakaneku, was released a few years ago on the by now infamous Nyege Nyege Tapes’ sublabel Hakuna Kulala. His highly personal sound is defined by a vivid mix of elements from both global and local dance music scenes.

After playing extensively around Kampala, his international breakthrough came through the Nyege Nyege Festival– an event that opened many people’s eyes to the East African underground scene and its sprawling high-octane sound. Highly acclaimed gigs followed at Unsound, CTM, Sonár and Dekmantel, to name a few. Now he comes to… little Malmö and our black box stage with a live set extraordinaire. It will be sweaty, sticky and utterly crazy!

Presented with support from Puls/The Nordic Culture Fund and Intonal in collaboration with Norberg Festival, Radar and Ekko Festival.