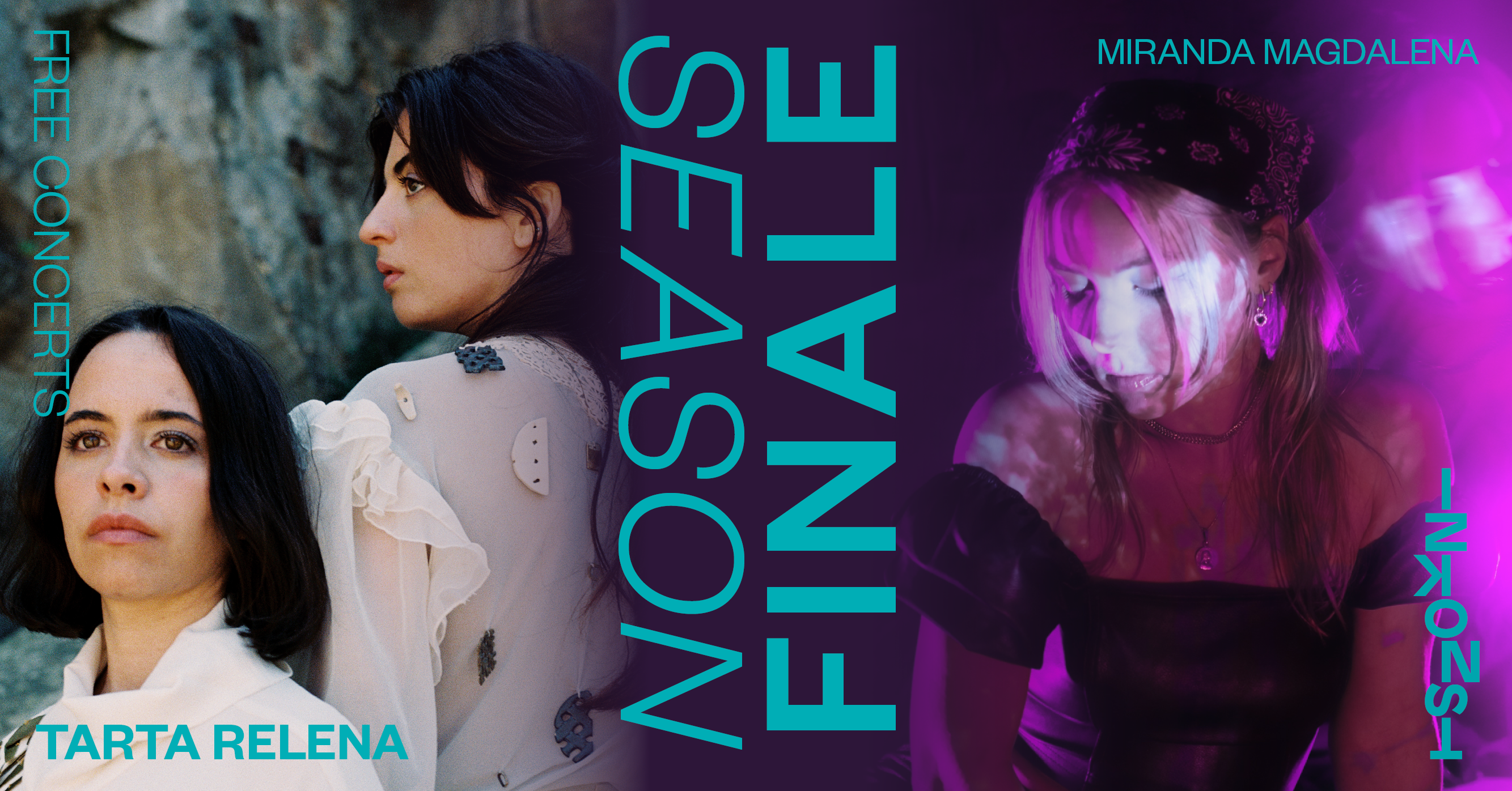 Our final concert night for the season! We're celebrating with free entry.

TARTA RELENA
Tarta Relena was born in 2016 as a project of two singers to explore the sounds of different styles of vocal music in a cappella. Tarta Relena wants to own a repertoire that goes from oral
music to original songs that are related to the geographical area of the Mediterranean.
In the arrangements of Tarta Relena, the timbres so different from the two voices are linked or knotted, flowing like water or scratching like a steppe; they move away in sharp dissonance and later reunite.
Always looking for complexity in simplicity and maximum expression with the minimum of elements.

“Tarta Relena’s songs are a testament both to the porousness of borders and the ideas that unite disparate cultures, running beneath the centuries like a pedal tone.”
Philip Sherburne · Pitchfork

MIRANDA MAGDALENA
Miranda Magdalena is a Swedish alternative-pop artist and songwriter. Her voice and presence has an angelic darkness that leaves few untouched.
Miranda’s sound is mystic and intimate at the same time grande and cinematic. Her timeless folkloresque melodies mixed with both classical instruments and tweaked electronic sounds creates a world to get lost in.

She started her musical path as a teenager moving from her hometown in Sweden to Berlin where she quickly became a part of the underground music scene.
After years of playing in different bands and composing music for dance and theatre Miranda Magdalena is now about releasing her first selftitled full-length album. Recorded and produced by Jens Lindgård in Gula studion.