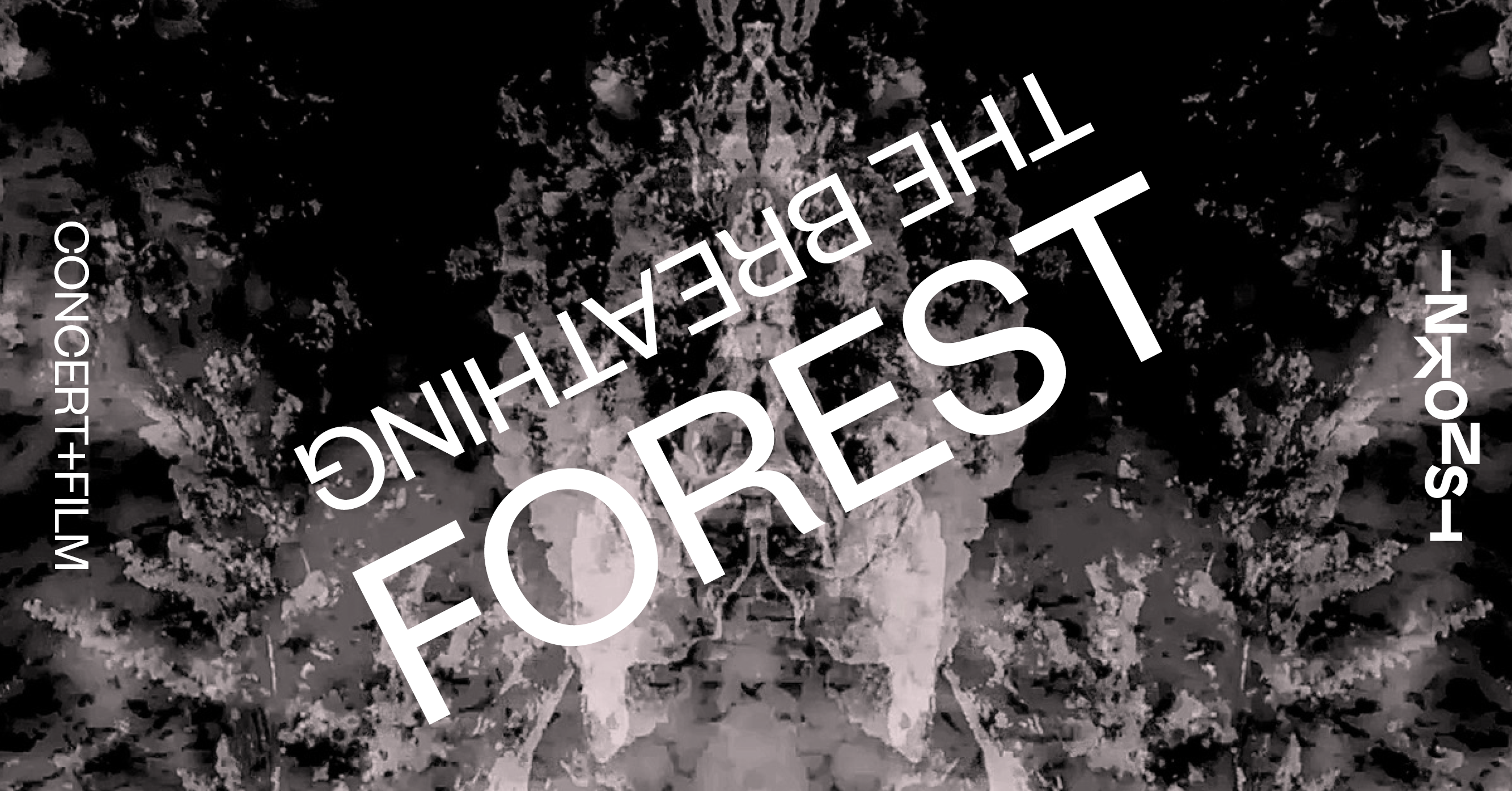 The Breathing Forest is a black and white film presented with improvised music.

The Breathing Forest is a black and white film presented with improvised music. The footage in the film is based on recorded material of the forest and the sea but is anything but documentary. The forest is the lung of the world. The forest has a soul. The trees live and communicate with each other. The film works with ornaments, created by light reflections of the trees, branches, and leaves of the forest. These create a sense of ambiguous beauty. The film creates its own space where time ceases to exist.

Bára Gisladóttir’s improvisational music offers a state of meditative ambiguity. With its deep sounds, the double bass triggers a vibrating force that invokes both beauty and noise. In her music, the sound is treated as a living being and is characterized by deep and self-reflective calm.
Gísladóttir intertwines her work as a composer and a double bass instrumentalist. She has worked with orchestras and ensembles all over the world – both as a soloist and with her long time collaborator Skúli Sverrisson.

Wolfgang Lehmann is an experimental filmmaker and video artist.
His wayward works are shown at international film festivals such as the Berlinale, New York Film Festival and BAFICI Film Festival in Buenos Aires, as well as in art galleries and museums, most recently at the Museum of Modern Art in Rio de Janeiro, and the Garage Museum in Moscow.

This event is presented with support from Puls / Nordisk Kulturfond