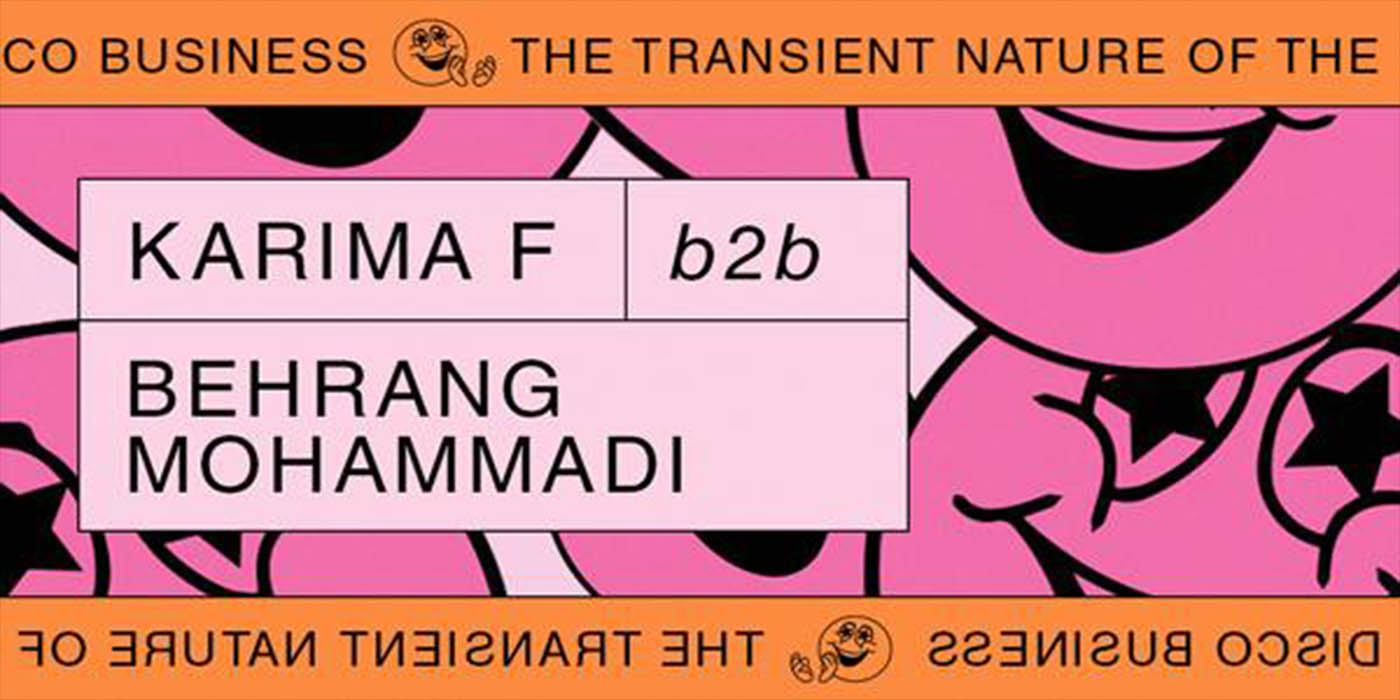 Karima F (Schloss Records)
Norwegian-Algerian DJ and producer Karima F cut her teeth in the electronic music scene of Malmö whilst doing a fine arts degree. Upon returning to Oslo, she took up a weekly residency at the renowned club Jaeger. It was here she developed her style and music collection to the point where international bookings followed. She now runs Schloss records from a defunct Porsche repair shop together with the Norwegian artist Ida Ekblad.

Behrang Mohammadi (Spazio Records/TTNoTDB)
Being one of the co-founders of Spazio Records and several of other club initiatives in the south has made him an integral part of the scene in the southern part of Sweden. Having an ”anything goes”-mindset when it comes to genres, his sets often take turns both to left and right. With character and playfulness as fuel for selecting records combined with slick technique you’ll never know where you’ll end up. Having released his debut EP in 2017 on Spazio Records lead him towards new territory and forthcoming releases.

Arrangör
The Transient Nature of The Disco Business