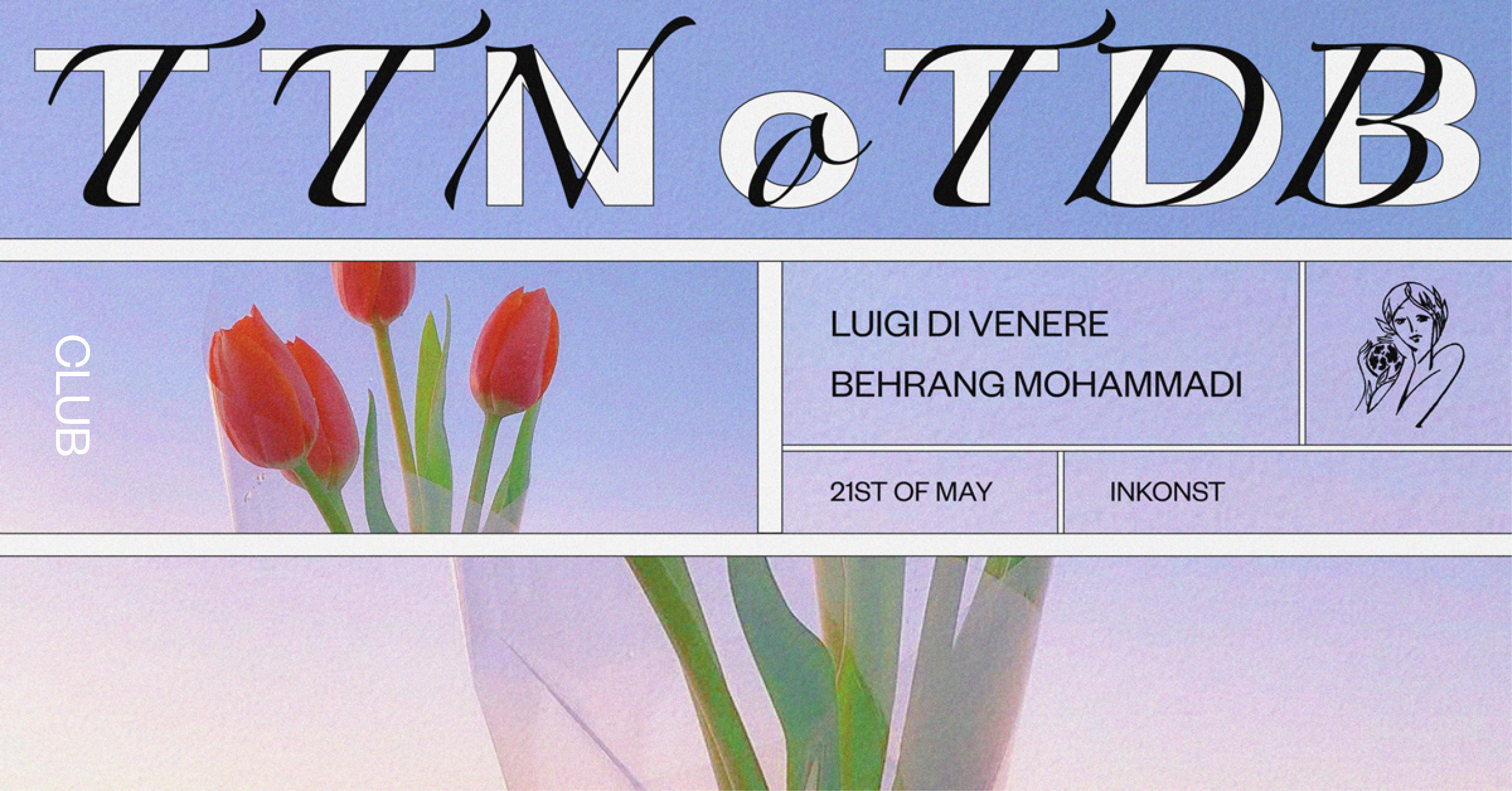 Last one before halftime! This time with no one other than Luigi Di Venere!!!

——————————————-
Luigi Di Venere B2B Behrang Mohammadi
——————————————-
Luigi Di Venere
Puglia born and Berlin based Luigi Di Venere is one of the most exciting presences in electronic music. Now a much loved DJ, producer and promoter, he first came to attention at Cocktail d’Amore, where he is a resident and served as a label manager. Di Venere’s talent was quickly spotted by other promoters, and over the past five years he has become a regular feature of Panorama Bar and at the infamous fetish club lab.oratory.
His musical style is rooted in Italo house and cosmic Italo disco, techno, New Beat, trance, and he is especially known for his luxurious Balearic waves, trippy cosmic soundscapes and explosive combinations. Di Venere also runs his own club nights including Maximum Joy in Berlin and Power Dance Club in Athens and Berlin. In the past, Di Venere has hosted his own radio show MachineSex on Radio Cómeme, and his ambient compositions have featured in numerous fashion and art projects.
These days, Di Venere can be found managing the Phonica Records satellite in Berlin’s The Stores X, and expanding his new label with Neu Verboten, Philoxenia Records. Di Venere enjoys a number of exciting musical collaborations, including Banana Moon (with Massimiliano Pagliara), Solidair (with Jules Etienne), Affective Units (with Neu Verboten).
——————————————-
Behrang Mohammadi (TTNoTDB/Spazio Records)
DO NOTHING WRONG, DO EVERYTHING RIGHT!
——————————————-