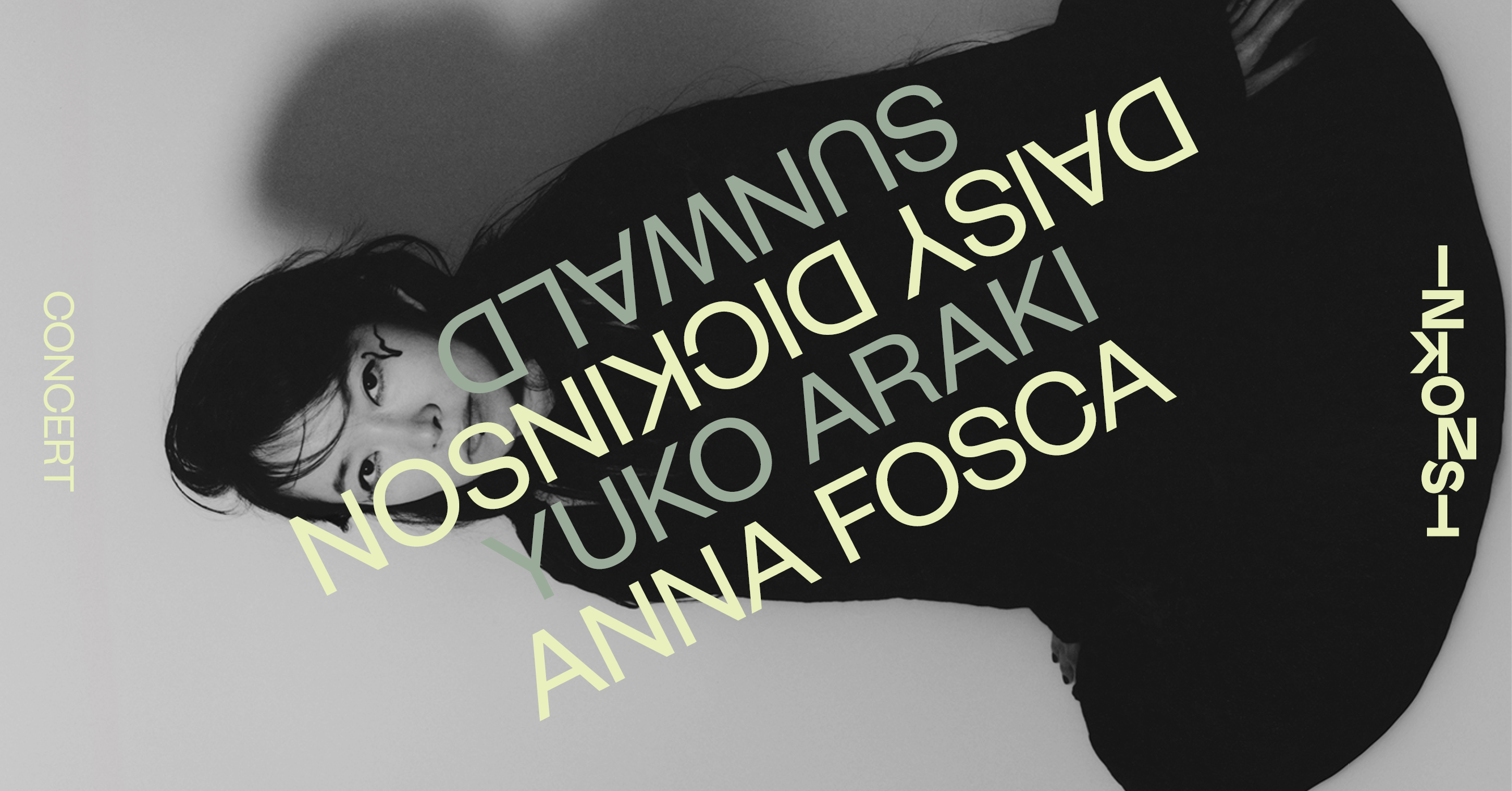 We welcome you to indulge in an audio-visual noise-themed night, with no less than four brilliant artists on the bill!

Yuko Araki is one of a number of young artists emerging from Japan that are redefining the outer boundaries of noise, post-industrial techno and experimental electronics. She’s been dubbed “Fierce as fuck” by The Wire. A pianist at heart, Araki’s teenage metal obsession opened a gateway towards intense sonics. Working with a reductive set of tools, she creates sounds with a sense of timbral density and complexity weaving together competing elements.

Daisy Dickinson is a London-based director and visual artist whose work involves experimental short film, music video, projected installations and live visual performance. Dickinson’s visuals have been described as ‘magmatic and sulphurous, cosmological and transcendental, drawing attention to the wonder of the earth and our sensuality on it’.

Ana Fosca, the moniker of Copenhagen based Linn Hvid, is unmistakable in her articulation of experimental music’s most visceral and noisy frontiers. The infamous Copenhagen venue, Mayhem, has served as both a home base for her artistry and a place for kindred spirits in the local noise scene. She’s performed extensively in Scandinavia and Europe in the same, self-organized settings as the aforementioned.

Hvid’s body of work is saturated with an intuitive immediacy. Whether we describe it as death industrial, dark ambient, or even drone, it’s the turbulent pull between introverted and extroverted states that define her music. Experimentation remains the driver.

Local diamond-in-the-rough Sunwald has impressed us and the local scene alike, both through his sparse cassette releases and intense live performances that steadily weigh on the brink of acoustics, synthesized sounds and noise.